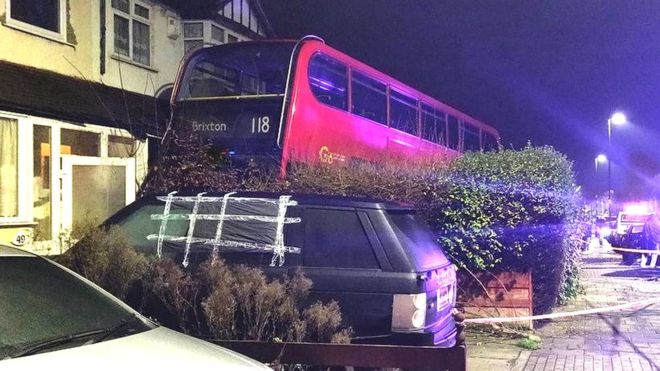 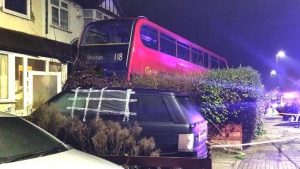 One person was taken to hospital after a London double-decker bus crashed into the front garden of a house.

The 118 Brixton service ploughed through a fence and hit the home in Streatham Vale, south London, shortly before 9pm on Boxing Day.

Three people were treated at the scene for minor injuries. The Met Police said no arrests had been made.

Streatham Vale was closed in both directions while the emergency services responded to the crash.

Photos from the scene also appear to show damage to cars on the street.

A spokeswoman for the London Ambulance Service said paramedics attended at 8.55pm.

She said: “We were called to reports of a bus colliding with a car and a house and we sent numerous resources.

“Three people were treated at the scene for minor injuries – one person was taken to hospital by ambulance.”