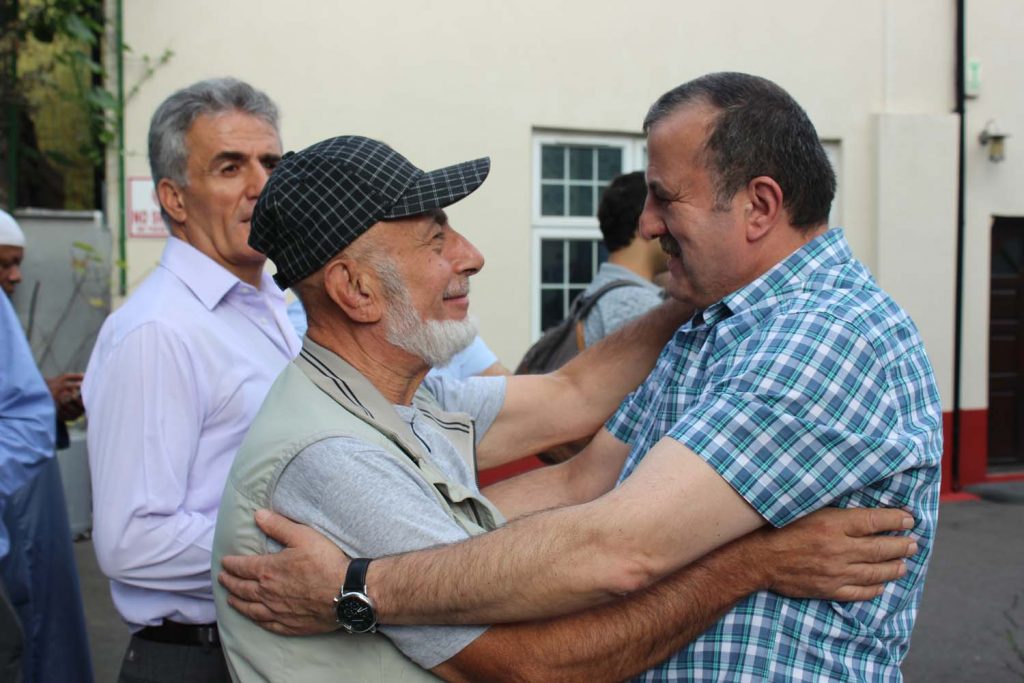 MUSLIMS living in London celebrated the first day of Eid on Tuesday, 21 August.

On the first day of Eid, Londoners came together and celebrated the holly day. The festival of sacrifice, which Muslims sacrifice and celebrate will last for four days.

Solidarity, sharing and the feeling of unity is exceptionally felt during Eid.

Eid was celebrated and worshiped at the Süleymaniye mosque located in Dalstons, which serves a great amount of the Turkish speaking community living in London.

Commemorating the willingness of Ibrahim, or Abraham, to sacrifice his son on God’s command, animals were killed so the meat can be shared among family and friends, and also donated to the poor.

Muslims around the world have the Eid al-Adha holiday, gathering at mosques or in vast open sites to celebrate one of the two most important festivals of the Islamic calendar.

Known as the festival of sacrifice, Eid al-Adha is the second most important holiday among Muslims, first being Eid al-Fitr/ It commemorates the readiness of Ibrahim (Abraham) to sacrifice his son in order to prove his obedience to God.

However, after seeing his unfaltering devotion, God intervened and asked him to sacrifice a lamb instead.On Eid al-Adha, devotees offer prayer at the mosque after the sun rise.