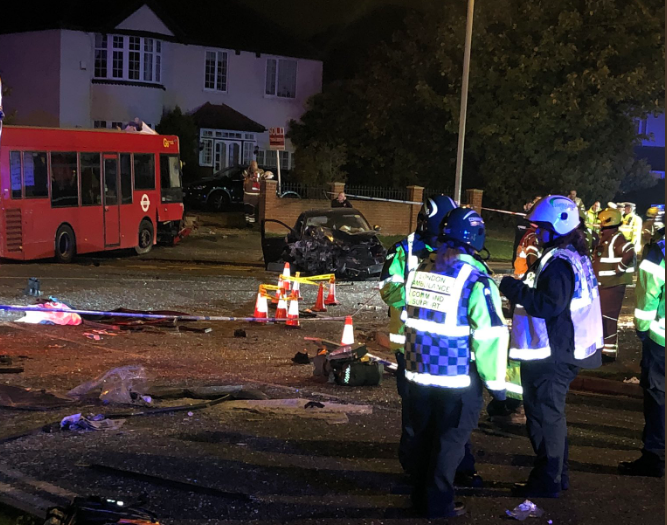 One person died and 15 were injured in a crash involving two buses and a car in south-east London.

The driver of the car has been arrested over the collision on Sevenoaks Road in Orpington, on Thursday night.

One person was pronounced dead at the scene and 15 people were taken to hospital, London Ambulance Service said. Three have serious injuries.

The arrested man was detained on suspicion of causing death by dangerous driving, the Met said. 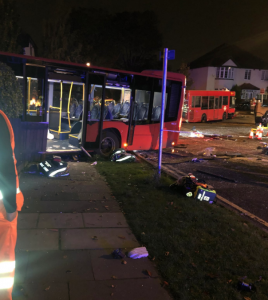 Police were called to Sevenoaks Road in Orpington at just after 10.10 pm on Thursday following reports of a collision.

Officers from London Fire Brigade (LFB) and London Ambulance Service (LAS) attended. Paramedics treated 15 casualties but did not offer further details the extent of their injuries. 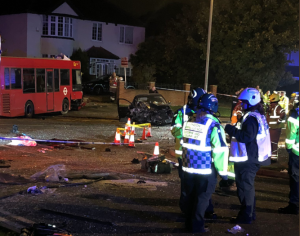