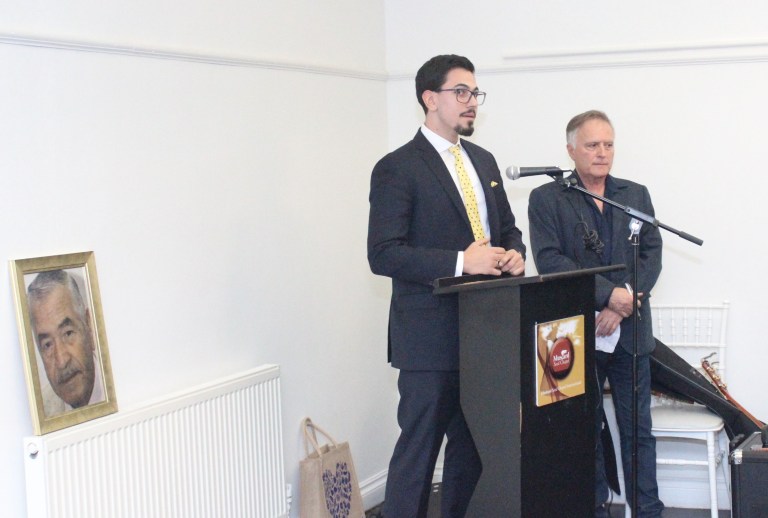 A commemoration night was organised by TCCA on the night of 16 November, after the funeral of Hulus Ibrahim, one of the most important figures of the left struggle, who had to come to London when he was the leader of trade union in Cyprus.

The event took place in TCCA event hall in north London. The commemoration night was attended by Hulus Ibrahim’s family, friends and lovers.

The first speech of the commemoration night, was made by Elmaz Ibrahim, son of Hulus Ibrahim.

CTP Party Assembly Member Urun Solayli also attended to the commemoration event and read the memorial message of the TRNC Prime Minister and Chairman of the CTP, Tufan Erhurman.