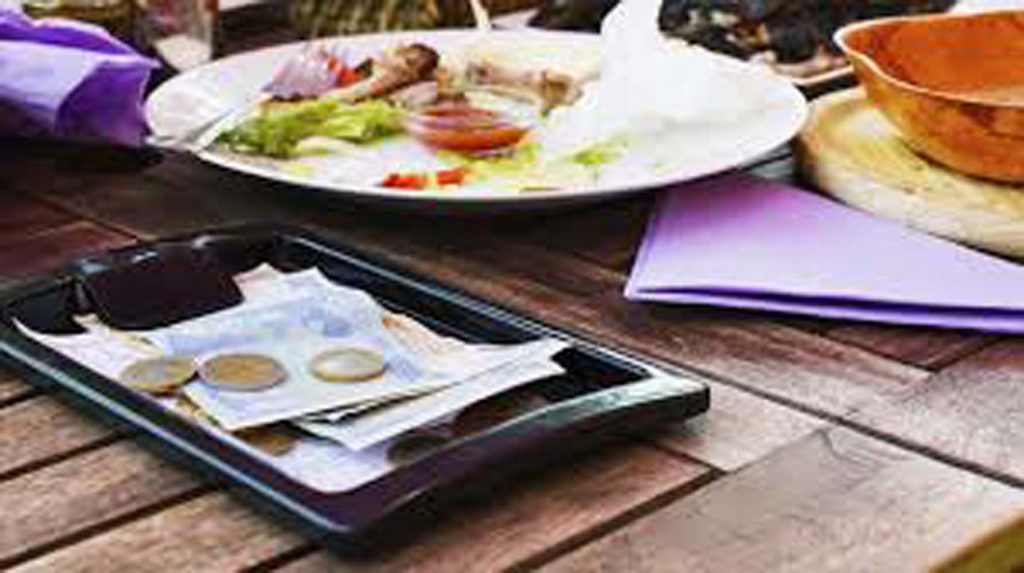 ON Monday, Theresa May announced that restaurants will be legally barred from keeping tips from staff under plans.

The notion follows a public outcry in 2015, when it emerged that many High Street chains routinely took up to 10% of tips paid by credit and debit card.

Most chains have since stopped this practice, typically charging a much lower fee of 2.5% on tips paid by card.

“We developed a Code of Practice – together with Unite – which deals with the fair distribution of tips among all staff, not just waiters,” said UK Hospitality chief executive Kate Nicholls.

“As a result, best practice has been promoted across the sector and we see no evidence of tips being withheld across restaurant chains.”

Ms Nicholls also said smaller restaurants may need to retain “a small amount” from card tips to cover “the not inconsiderable costs of credit card charges and processing payments”.