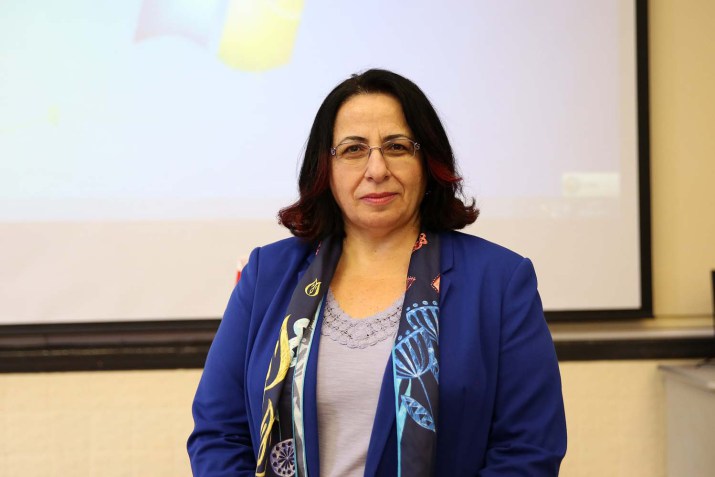 OYA Tuncalı has official started her position as the TRNC London Representative. Oya Tuncalı will be serving in London the second time as a Representative in London.

Tuncalıi has officially taken her new role and has spoken to Londra Gazete in regards to her role as the new TRNC London Representative. Tuncalı has underlined that she proud to be serving again in London.

Reminding that Britain is among the guarantor countries of Cyprus, Tuncalı said that the UK and especially the London Representative is very important for the TRNC Ministry of Foreign Affairs, whereby holds 26 representative in foreign countries in total.

Tuncalı further noted that Britain was among the countries with the highest population of Turkish Cypriots, intensively living in London.

Thus, Tuncalı said: “I will the best I can to serve and represent the Turkish Cypriot society living in England.”

In 1998 Oya Tuncalı became a Deputy Director/Consul General. On the 1st of August 1998, she was appointed by the Ministry of Foreign Affairs, to the Turkish Republic of Northern Cyprus London Representative Office as the first woman Consul General of her country. After returning to the Ministry of Foreign Affairs on September 1, 2001, she worked at the Department of Consular Affairs.

Tuncalı held post as the TRNC London Ambassador between 2012 and 2016, and was the Director of Economic, Cultural and Social Affairs following her return to the Ministry between the years of 2016 and 2018. She has recently been appointed as the TRNC London Ambassador once again, from the 1st of September 2018. Oya Tuncalı is married and has two children and a grandchild.