Turkey: Most progress to date made in peace talks 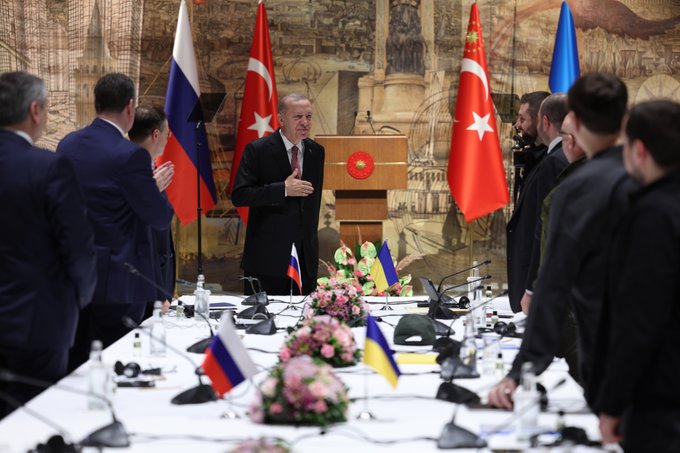 Turkey has now responded to the peace talks it has been hosting between Ukraine and Russia in Istanbul today (29 March).

Cavusoglu said Turkey welcomed the two countries reaching compromise and a common understanding on certain issues, reiterating that the war must end as soon as possible.

He said “more difficult issues” were expected to be discussed between Ukrainian and Russian foreign ministers in the future.

Ukraine has said it would adopt neutral status one of Russia’s key demands – in return for security guarantees, its negotiators have said. 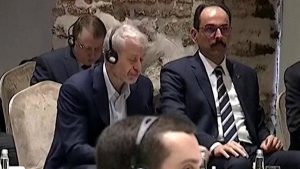 Russian billionaire Roman Abramovich has been pictured talking to Turkish President Recep Tayyip Erdogan, who is mediating in the talks in Istanbul.

Reports surfaced hours earlier that Abramovich and two Ukrainian negotiators had shown poisoning symptoms after talks in early March according to the New York Times, which has been dismissed by Russian officials.

Ukraine’s Foreign Minister, Dmytro Kuleba, however, told national TV hours before the talks that he had advised his colleagues attending negotiations with Russia not to eat or drink anything.

Mr Abramovich is known to have spent weeks in a mediation role, flying between Moscow and Kyiv.

The Kremlin spokesman stressed he was not an official member of the Russian delegation in Istanbul but had been involved in enabling contacts between the two delegations.

Ukraine’s UK ambassador Vadym Prystaiko was scathing about his presence in Istanbul while talking to the BBC saying: “I have no idea what Mr Abramovich is claiming or doing. He is not a part of the negotiation team,”

“I don’t know if he’s buying his way out somehow or if he’s really useful, that’s very difficult to tell.”