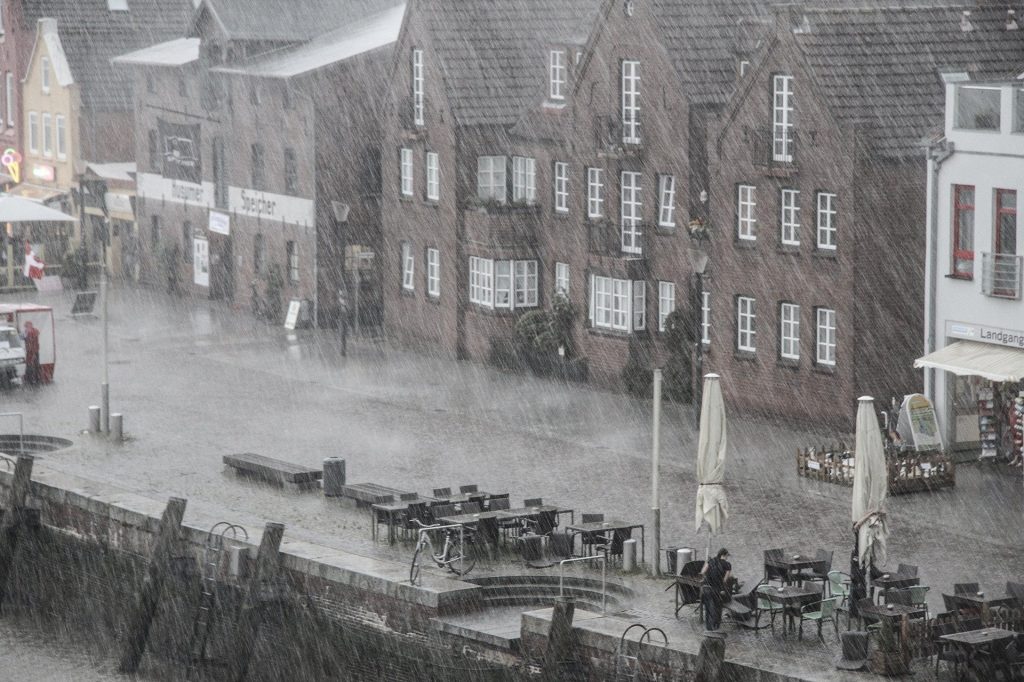 The country has been basking in hotter-than-average temperatures since late last week. It has exceeded 30ºC in some parts, the Met Office released its first ever extreme heat warning, and Northern Ireland had its hottest ever day on Saturday.

However, the weather is set to become a little more unsettled from tomorrow, before rain and possible storms sweep in over the weekend.

An amber weather warning has been issued by the Met Office meaning some serious rain is going to pelt – making the penultimate weekend of July quite a miserable one.

The yellow warning indicates: “Heavy rain and thundery showers that may lead to flooding and transport disruption in some places over the weekend.”

It covers London, as well as parts of the Midlands, and towns to the southwest of England.

Saturday will see temperatures drop to 22C with light rain starting as early as 3am.

It will grow heavier as the day goes on especially between 8am until midday which will see 60 per cent chance of rain.

The wet weather is expected to continue into Monday and Tuesday of next week.