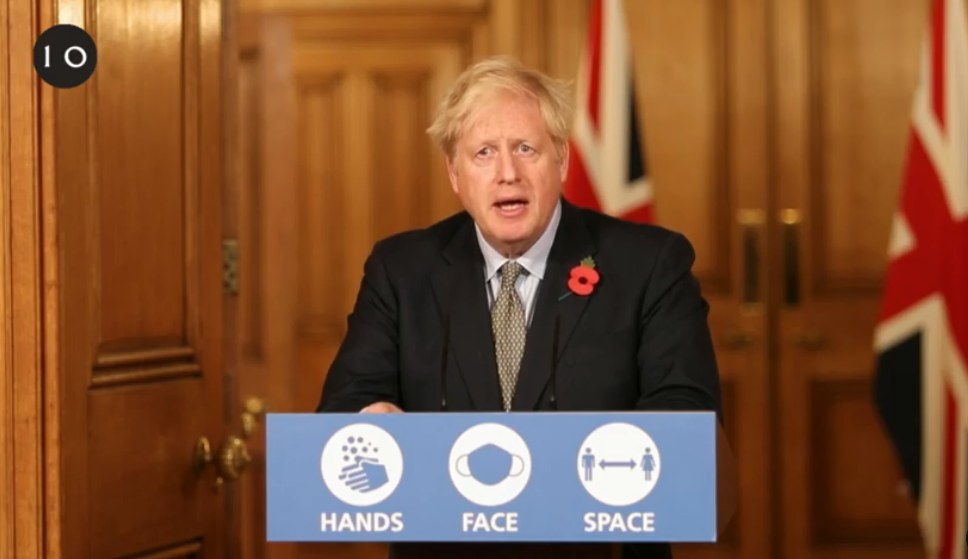 News In English
0
0
A+
A-
Last night Boris Johnson offered little hope for London businesses hoping to escape from lockdown before December 2.

The Prime Minister said that although the case rate in the capital was “flattening”, he had seen new data this morning that showed it was doubling in the nation as a whole.

Mr Johnson was answering questions from his Downing Street press conference after calls from London’s business leaders and MPs for an early exit from lockdown because of growing evidence of the improvement.

With MPs are lobbying the PM to ensure London is returned to Tier One, the lowest level of restrictions, in recognition of its improvements once the lockdown ends on December 2.

But Mr Johnson said it was “no accident” that London and some other areas were seeing a lower gradient of cases.  “This is because of the heroic collective efforts and sacrifice that the people of London, and elsewhere the Northeast, [where] it’s flattening,” he said.

“That is because people are following the guidance, making a huge effort to distance themselves.

He went on: “Yet it is still true that overall the virus is still doubling in this country and I saw the data this morning.

“Alas, it’s doubling in some places faster than elsewhere. About one in 90 people now have the virus. One in 90, that’s a lot of people, alas, and we’re going to see those cases, sadly, feeding through into our hospitals.”