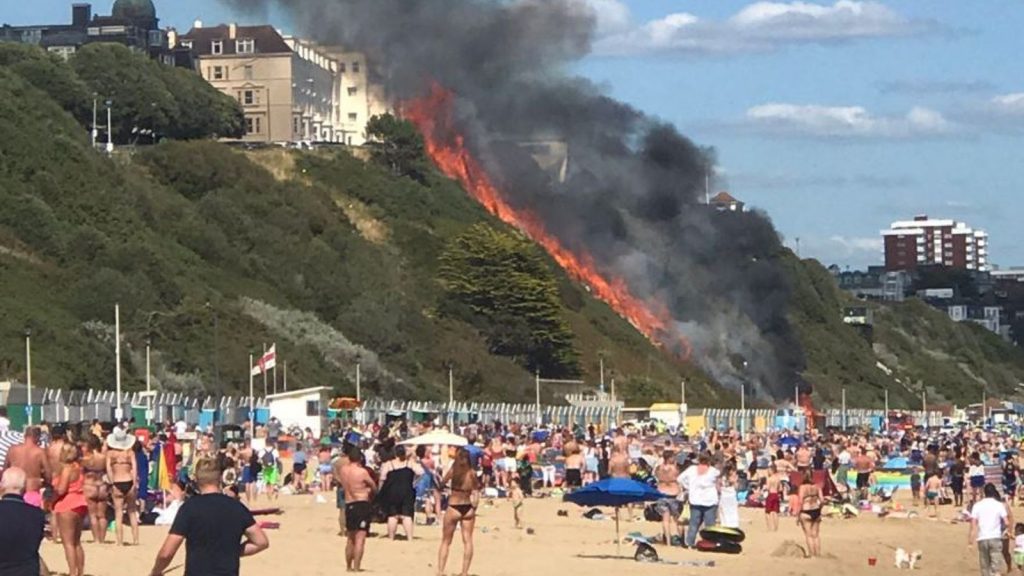 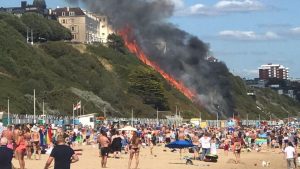 A fire has broken out at Bournemouth beach in front of hundreds of sunbathers.

The blaze sent smoke billowing up the cliff face and has spread to 330sq ft of scrubland above the beach, they added.

Dorset Police has cordoned off the area, warning people to stay away.

The cause of the fire is not yet clear, but locals on social media claim a beach hut “exploded”.

A Dorset & Wiltshire Fire and Rescue Service spokesman said: “The fire is causing significant smoke across the promenade and across West Hill Road.

“People are asked to stay away from the area, and to keep doors and windows closed as a precaution.”

Dorset Police added in a statement: “Please avoid the area of the West Cliff lift on Bournemouth’s West Cliff following a beach hut fire, which has spread to nearby beach huts and is moving up the cliff.

“A cordon is in place for the safety of members of the public. We are assisting with the cordon.”