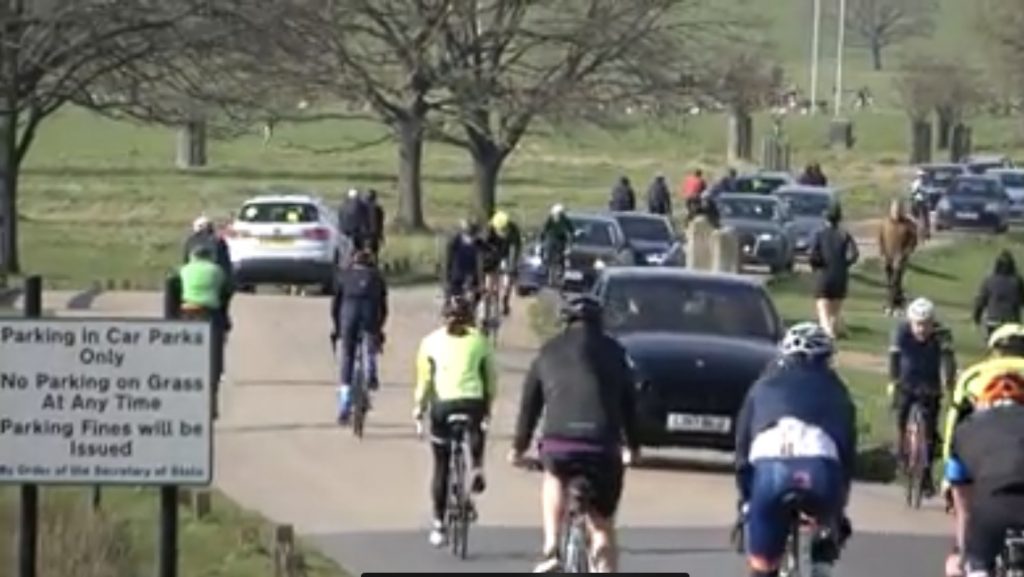 Parks in part of London are being shut after criticism of large numbers of tourists visiting beaches and beauty spots.

Authorities in the Yorkshire Dales and Lake District asked people to stay away, saying “now is not the time for tourism”.

Mr Khan said people should not leave home “unless you really have to”.

Hammersmith and Fulham council will close parks from Sunday night while the Royal Parks, responsible for Hyde, Regent’s and St James’ Parks, are closing kiosks and cafes.

Roads to outer parks – including Richmond, Bushy and Greenwich Parks – will be closed, with the Royals Parks calling social distancing “absolutely crucial”.

“If people do not follow social distancing guidelines, we will have no choice but to consider closing the parks,” the body said.

Latest figures show just less than 2,000 people in London have been infected with coronavirus with 93 deaths, and Mr Khan told BBC One’s the Andrew Marr Show the capital was “weeks ahead of the rest of the country”.

Asked if the Tube should be closed completely, Mr Khan said he was keen to keep some trains running so “critical workers” could get to work.

“Nobody else should be using public transport,” he added.

Boris Johnson has told people to take seriously the social distancing advice to stop the spread of coronavirus, saying it is “absolutely crucial”.

The PM thanked people for “the sacrifice” they had made, but warned those going to parks and open spaces they must stay 2m away from others.

“If you don’t do it responsibly… we will have to bring forward further measures,” he said.