Music concert for peace in Cyprus 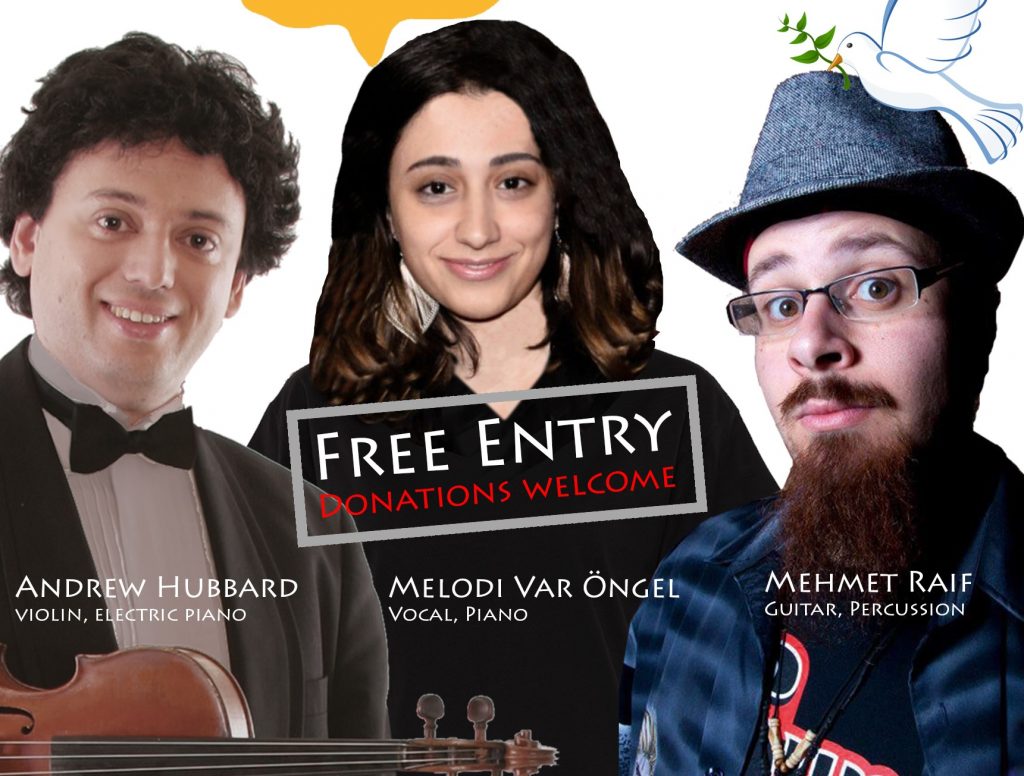 ON Tuesday 17th of December, at 7.30 pm a concert for peace in Cyprus will be given at ‘The Theatre, The Cypriot Community Centre, Earlham Grove, London N22 5HJ. The performers are Melodi Var Öngel, Mehmet Raif and Andrew Hubbard or ‘Andreas’.

‘Songs Across Boundaries’ by Melodi Var Öngel. Melodi has composed music ‘with the warmth and love of the Cypriot people’. She was awarded a grant from the Davis Projects for Peace to study stories of Cypriot unity on the ground in Cyprus, and has captured 10 moving and heartwarming stories in song.

‘Songs Across Boundaries’ will be performed in full at the concert by Melodi in collaboration with Andreas Hubbard and Mehmet Raif.  The programme will also include music on a Cypriot theme from our other two talented professionals.

Tickets are free, they can be obtained on the night or in advance from Andreas on 07903 555705 andrewmhmusic@aol.com