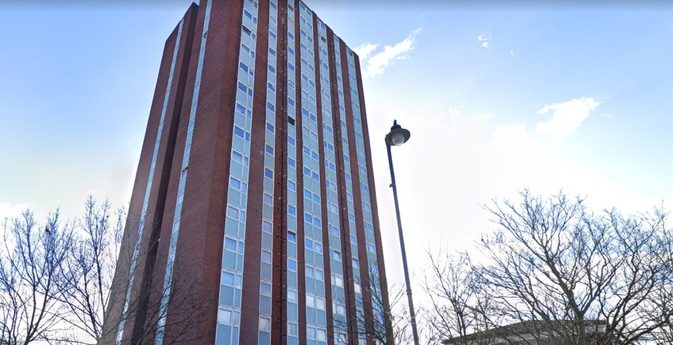 Police were called to Stellar House in High Road, Tottenham, north London, at around 11 am on Thursday(31 October), and found the boy, aged around 18 months, in a critical condition.

The London Ambulance Service, London Fire Brigade and Air Ambulance attended and the child was taken to a north London hospital but was pronounced dead shortly after arrival.

Speaking to the Daily Mail a neighbour of the toddler’s family Meral Dervik claimed nothing was done to fix a faulty handle despite the mother complaining to Haringey Council for weeks.

Dervik, 51, said 27-year-old mother-of-two, who she knows only as ‘Duygu’, called her in tears yesterday.

She said: ‘He [the toddler] opened a window, he fell down. The window, it was faulty. For nearly two months she was calling the council just to come to fix it.

‘The handle was not secure. They were coming to fix it, but then this happened.

‘She was crying, she was shocked yesterday. She was complaining about this.’

Adding: ‘He was a very nice boy. The mum was looking after the kids brilliantly, she was caring for her children.’

She said the mother had complained about her flat windows as well and added: ‘I’ve had the same problem with the windows, and even the glass is broken.’

The little boy – named locally only as ‘Ali’ is said to have lived with his five-year-old sister, their mother and father, Gukhan, and the family moved into the flat around four years ago. Zina Etheridge, Haringey Council’s chief executive, said: ‘We are aware of a tragic incident of a young child falling from height in Tottenham, and our deepest sympathies are with the family at this time.

‘The police are currently investigating and it would be inappropriate for us to comment further until more is known.’

‘The child, believed to be aged 18 months, was taken to a north London hospital where he was pronounced dead at 11.39 am.