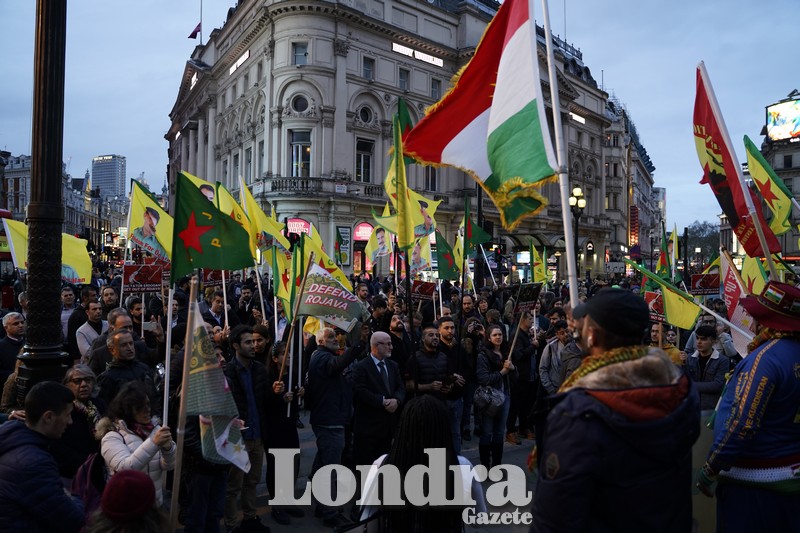 Hundreds of people gathered in central London’s Piccadilly district on Thursday evening to protest the military action. Where people of different nationalities also participated in the protest “Stop the war on the Kurds, the Turkish state, broke the silence,” “Britain cut support to Turkey / ISID ” tagline banners. 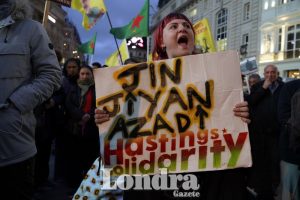 After the speech, the activists started the march, wanted to enter the office of an arms company located at an address close to Piccadilly, where a fight between the activists and the building workers who wanted to prevent them. The brawl happened at the doors and windows of the building where the suspected companies that sell weapons to Turkey were broken.

The protesters continued to march to Trafalgar Square, where the environmentalists Extinction Rebellion had set up camps in London and gave speeches. Thousands of environmentalists in the area supported the activists with slogans and applause. 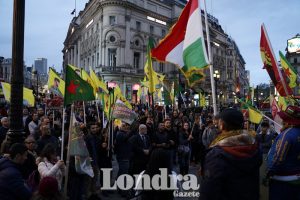 After the speeches in Trafalgar Square, the activists marched to 10 Downing Street where their speeches and slogans shouting continued.

Today ( Tuesday 15) another protest will be taking place outside the Turkish Embassy in London, where protestors plan to continue. 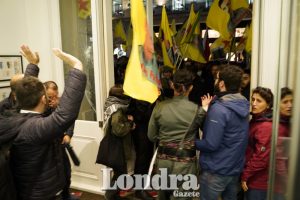