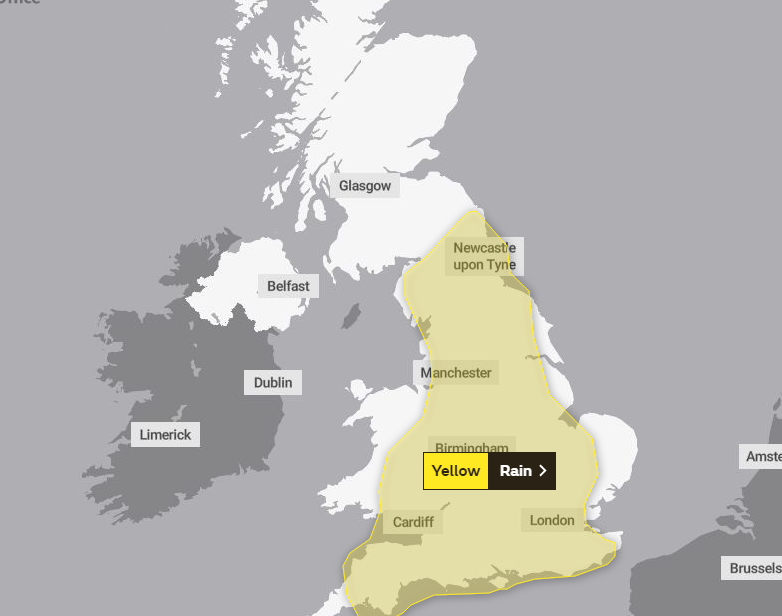 A series of weather warnings have been issued with the UK set to be battered by heavy rain and thunderstorms over the coming days.

The remnants of Hurricane Humberto began moving over the country on Saturday night, putting an end to days of sunshine and warm temperatures.

The Met Office has issued warnings for rain on Tuesday, with the risk of downpours and thunderstorms across swathes of Britain.

Met Office meteorologist Becky Mitchell told the Standard: “Monday starts off dry with sunny spells but later in the afternoon it will cloud over with a band of heavy rain moving in.”

On Tuesday, a weather warning is in place across southern England.

“It is a day of sun and showers, temperatures could reach 20C, but there is a risk of thunderstorms as well,” Ms Mitchell said.

“There is another yellow warning out for part of Wales, south east England and across to south west England, including London.

“It will be a wet day with a risk of localised flooding.” 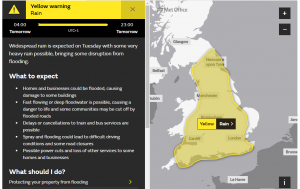