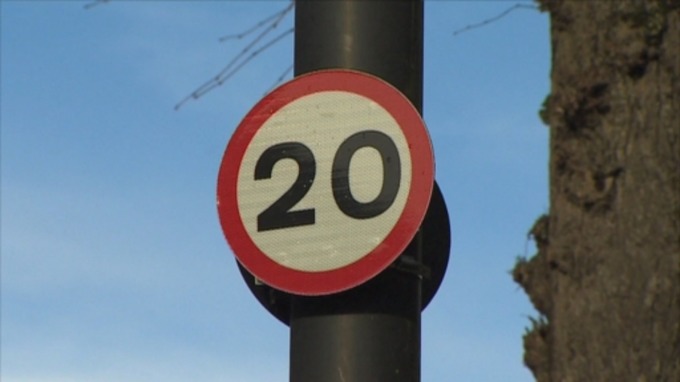 Transport for London (TfL) will install a 20mph speed limit on all central London roads it manages from next year, following a consultation.

The scheme would see a new limit along 5.5 miles (8.9km) of roads including Millbank, Albert Embankment and Borough High Street by May 2020.

There were nearly 2,000 responses to a public consultation which ran for five weeks until 10 July.

But critics pointed out traffic meant average car speed in London was 6mph.

“We support TfL’s aim to make London a safer place. However, this can only be done by reducing the excessive number of private hire vehicles on the road.”

The plan is part of the mayor of London’s Vision Zero scheme, which aims to eliminate all road deaths in the capital by 2041.

The affected roads include all those managed by TfL within the congestion zone, along with the Aldgate Gyratory.

The height of pedestrian crossings will be increased in seven “high-risk” locations, such as on the Embankment and outside Tate Britain.

Of the 1,912 public responses, about half said the plans would lead to more people walking. Some 59% said many more people would choose to cycle.

Nearly 50% of respondents believed the proposals would have no impact on the number of car journeys. Some 58% believed the number business journeys would not be affected.