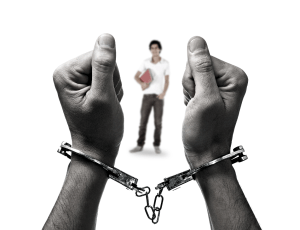 ‘Tottenham Boys’ operating in North London, where Turkish and Kurdish citizens live interseivly, and another gang known as ‘Hackney Turks’ in east London, were presented as homework.

These crime gangs, which could be considered as the embarrassement of Turkish speaking society living in London, were given to students as an exemplary scenerio as homework.

Turkish and Kurdish gangs, known for their drug trafficking and gangs wars, were presented as a bad example for the students.

The secondary school in London, gave a home work to students in regard to a news article published by the BBC in 2014 titled as ‘Hackney v Tottenham Turks: Getting caught up in a gang feud.’

The students read the article and answered the questions assigned by the teacher.

THE ARICTLE GIVE AS HOMEWORK

The article given as a homework was about the two men jailed for life for murdering the leader of North London’s most notorious gangs. Also, the article conveyed the experience of one innocent family getting caught up in the feud.

The article also summarizes the severe and bloody history of the Turkish and Kurdish gangs in London.

Lately, as crime rates rise rapidly in London and gang clashes resume, articles about Turkish and Kurdish gangs have been presented as wrong models for students.

While the subject course was related to gangs and bystanders, the students comprehended the interlinks of negative effects of gangs to our society thus, Turkish and Kurdish gangs were set as a example to highlight this matter.