Woman who set bed on fire at hotel jailed for manslaughter 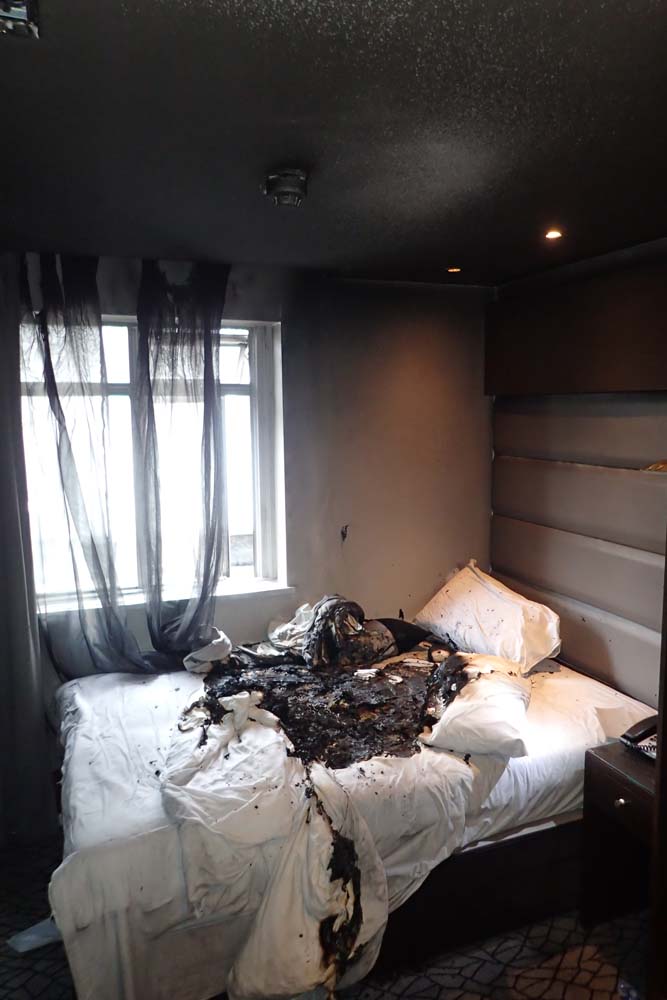 A sex work that caused the death of a maintenance manager when she set fire to a Westminster hotel room in a fit of rage after being underpaid has been jailed.

Nora Es-Sadki Boughima, 19 of Cambridge Court, Sussex Gardens, was sentenced to six years imprisonment at the Old Bailey on Tuesday, 27 November after she pleaded guilty to manslaughter. She also admitted to arson.

Richard Staley, 65, the maintenance manager at the hotel, and a colleague had tried to extinguish the blaze in a hotel bedroom. Following his efforts to tackle the fire Mr Staley, who was one day away from retiring, collapsed and had a heart attack.

Westminster borough detectives identified that Es-Sadki Boughima had asked a receptionist for a lighter just 20 minutes before the fire started.

CCTV revealed that Es-Sadki Boughima, had spent the night of 29 January with a man in a room at the hotel. The man, who was traced by police, said he had met her in a nightclub the previous evening.

In police interview, the man said he had agreed to pay Es-Sadki Boughima £300 but only paid her £150 before leaving the room at about 8.30am, while she was sleeping.

She was charged with manslaughter on 4 July and pleaded guilty to this charge at the Old Bailey on 12 October.