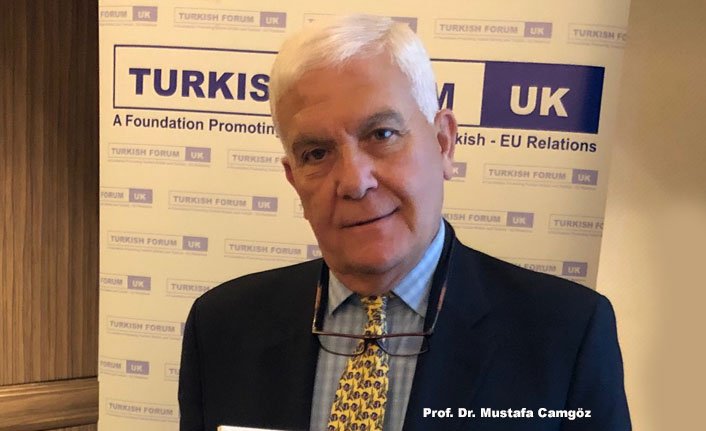 MUSTAFA Camgöz, was one of the chairman’s of Cancer Research at Imperial College, known to be one of the world’s leading universities.

Mustafa Camgöz gave a lecture on cancer awareness and one of the guest speakers at the event organised by Turkish Forum UK, one of the active non-governmental organisations in London.

The cancer awareness panel took place at the Hilton Hotel in Kensington.

Camgöz, made recommendations on the disease and the latest developments about the subject by explaining new generation cancer drug which is ready for clinical trial. Camgöz stated, “We will begin to taste the fruit of our 20 year research.”

Moreover, during his presentation, Professor Mustafa Camgöz stated that cancer came as part of modern life, and that one in every two men and one in every 3 women is likely to have cancer.

Camgöz noted that people with cancer should learn to leave with it instead of trying to destroy cancer. Also stating that cancer has become a norm of modern life.

Chairman of the Turkish Forum UK, Sinan Özgün stated that he was pleased to witness a wide participation to the event. Özgün added that the Turkish Forum was founded in 2003 as a charity with more than 300 active members, and that they were planning to re-establish the Turkish Festival at the traditional Thames.

Sinan Özgün asserted that Mustafa Camgöz, from a Turkish Cypriot origin was one of the world’s leading scientists in the fields of neuro biology and cancer biology.