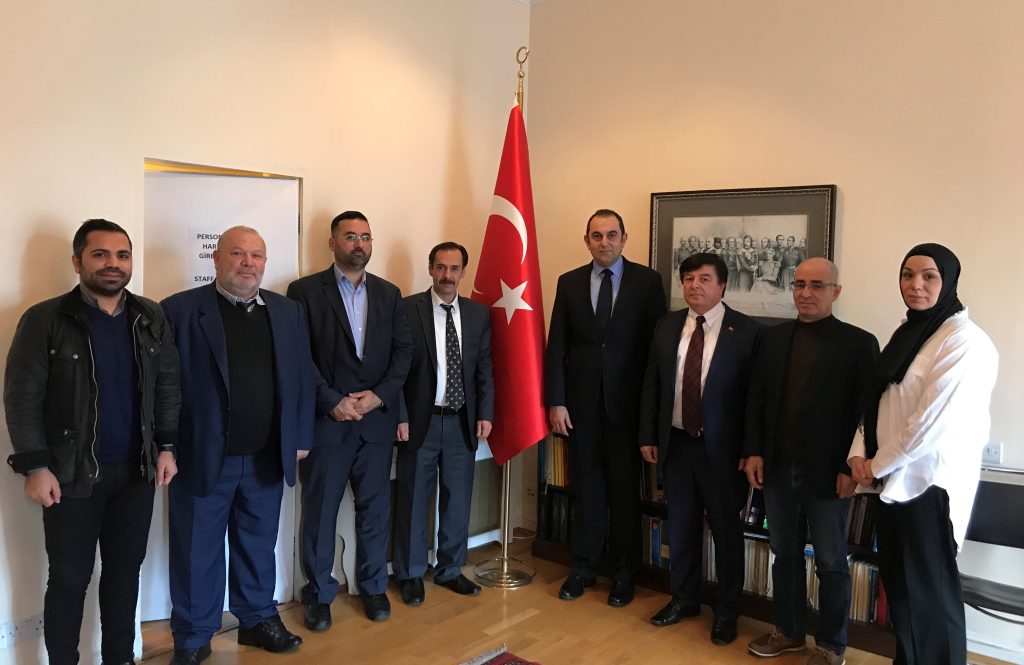 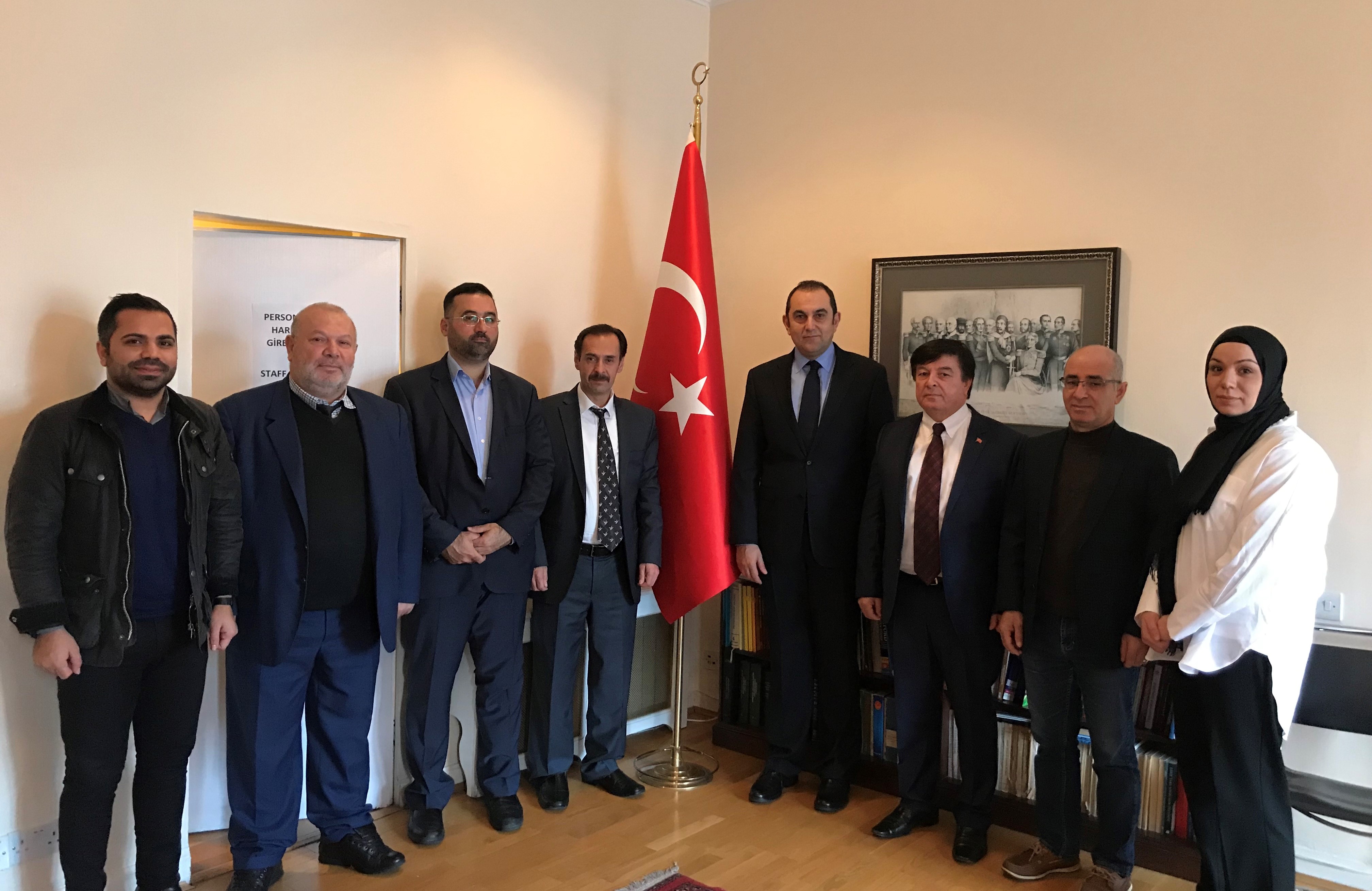 MEMBERS of the Kahramanmaraş Association, made their visit to Turkey’s Consulate General in London and introduced themselves to Çınar Ergin.

Kahramanmaraş President Ali Kılınç, stated that have rented the building opposite the Aziziye Mosque thus, underlined that the association has actively started operate.

Kılınç asserted that his aim was to bring all the people of Kahramanmaraş together without any discrimination and to ensure that the society unites under the same roof of the association.

Consul General Çınar Ergin said that their is an intense Turkish population in the UK and that this population reflets many different identities within society. Ergin further stated that is very please with the establishment of the Kahramanmaraş Association.

Çınar Ergin said that the Turkish community faces many problems in Britain, therefore in order to overcome these problems, NGOs should be strong and underline the importance of unity and solidairty within our society.

Underlining that the consulate has been serving its citizens with intensive efforts but limited staff, Ergin stated that despite this they have been closely following no problems of the citizens. In particular, in regards to the Grenfall Tower fire, Ergin noted that they have been searching whether Turkish citizens has been effected.

At the end of the meeting, Kılınç, the president of the association, invited Consul General Çınar Ergin to the opening ceremony of the British Society of Kahramanmaraş. Çınar stated that he was satisfied with the visit and he once visited Kahramanmaraş for official duty and he praised the hospitality of the people of Kahramanmaraş.