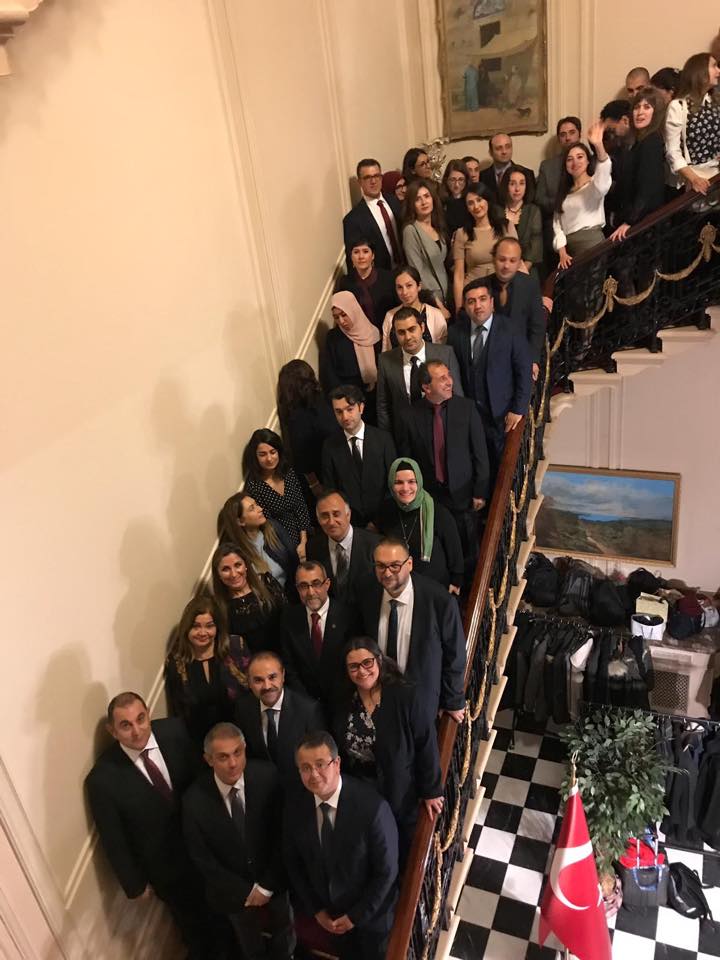 TURKISH National Teachers Day, which marks the day Turkey’s founder, Mustafa Kemal Atatürk was given the title of ‘Head Teacher’ in 1928, was celebrated in London.

On November 24, Saturday a reception was held in Turkey’s Embassy in London due to Turkish National Teachers Day.

There was an intense participation and Neşe Akin, one of the consultant teachers, presented the ceremony.

After the moment of silence and National Anthem, the message of the Minister of Education Ziya Selçuk was read.

During his speech, Ambassador Yalçın stated that he was pleased to celebrate National Teachers Day at their own environment.

“In my life of 51 years, my profession, my family and my career I think it is necessary to mention 3 people who are important for me which had a great impact on my life.

One of them is my mother, second if Vehbi Koksoy, who has taught me at Gazi Mustafa Kemal Primary School in Konya for 5 years. Thirdly, my teacher who I want to commemorate, was Mehmet Yilmaz, who was my literature teacher in Konya Anatolian High School.