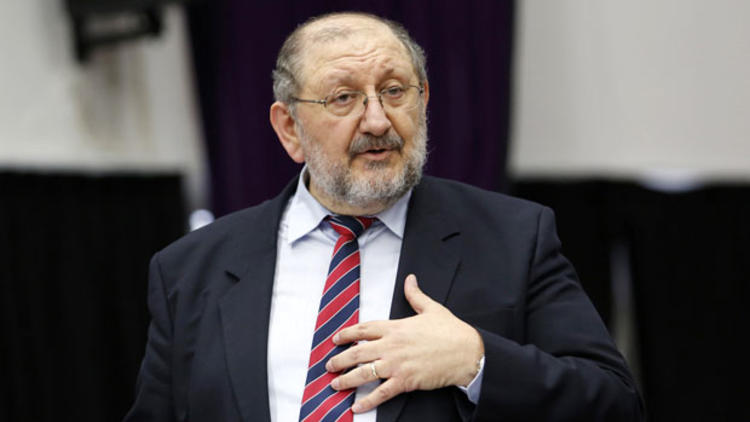 THE commemoration program for the educator Kelami Dedezade, who passed away in July, took place on 17 November Saturday.

A large number of guests participated in the commemoration program which took place at Duke’s Aldridge Academy, organised by the Birtish Turkish language and education consortium.

During the commemoration, memories were shared about Kelami Dedezade and a presentation was screened.

In the event where the family, friends and association representatives attended, contents about Kemali Dedezade were explained. The life of Dedezade was informed to the guests.

Dedezade’s old friend Erkan Pastirmacioğlu and his choir chanted the favourite songs of Dedezade during the commemoration event.

As a result of the poems, presentations, speeches and songs, the participants witnessed emotional moments.

Kelami Dedezade was born in Lefkoşa, Cyprus, in 1952. He came to visit his sisters in England in 1963 and started attending secondary school in London. After studying physics at the University of London, he started working as a physics teacher in Ashfield. He then went on to teach in different schools, progressing up the career ladder.

In 1984, he started working for Haringey Council as an adviser and inspector in their Education Department. After completing his Master’s Degree at Middlesex University in 1993, he became the head of the ‘I Teach’ section at the same university in 2005, going on to become the head of Middlesex University’s Master’s Programme. Dedezade remained in this post until his retirement in 2016.