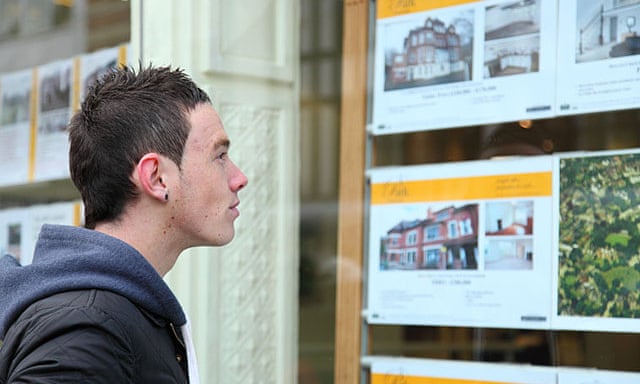 ABOUT 40% of young adults cannot afford to buy one of the cheapest homes in their area even with a 10% deposit, according to a new research.

The Institute for Fiscal Studies said house prices in England have risen by 173% over two decades.

The IFS also said that higher rental costs – up from an average £140 a week to £200 a week in England – have “reduced the purchasing power of young adults’ incomes” and made it harder to save for a deposit.

Up to a third of young people face living in private rented accommodation all their lives, a new report by the Resolution Foundation has found.

The think tank, which aims to improve the standard of living of low and middle-income families, said 40% of “millennials” – those born between 1980 and 1996 – were living in rented housing by the age of 30.

The government said it was already putting policies in place to improve the housing market.