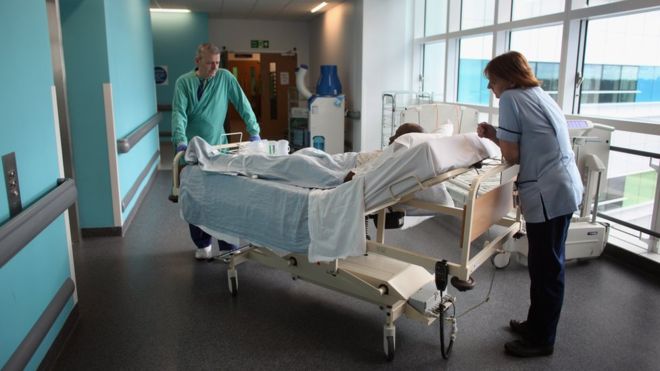 EXPERTS described the situation as at risk of becoming a “national emergency” given the rising demands on the NHS. It comes after sustained efforts by ministers and NHS bosses to tackle the shortages, including a new pay deal and recruitment and retention campaigns.

This is marginally worse than this time last year and comes after improvements at the end of last year and start of this year. The difficulties facing hospitals, ambulances and mental health services mean spending on temporary staff is going over budget.

Tom Sandford, of the Royal College of Nursing, said the report painted a “bleak picture”, pointing out that the number of nurse vacancies had risen by 17% in the past three months alone…  The government must immediately investigate this sudden spike.”

Siva Anandaciva, chief analyst at the King’s Fund think tank, said the shortage of nurses was at risk of becoming a “national emergency”.

Alongside the workforce figures, the quarterly report showed that a debit of £519m was being forecast for this year, although that is lower than it has been for the previous three years. It comes as waiting-time targets for A&E and planned operations continue to be missed.

NHS Improvement chief executive Ian Dalton acknowledged that staff have been working “extremely hard to cope”. Explaining that steps were being taken to relieve the pressure, including a concerted effort to get patients out of hospital more quickly with the help of services in the community.

And a Department of Health and Social Care spokesman praised “hard-working” staff and said despite the pressures the NHS was still providing “world class” care. He also stats that in the coming year there will be a pay rise and that the number of training places for doctors, nurses and midwives was increasing by 25%.