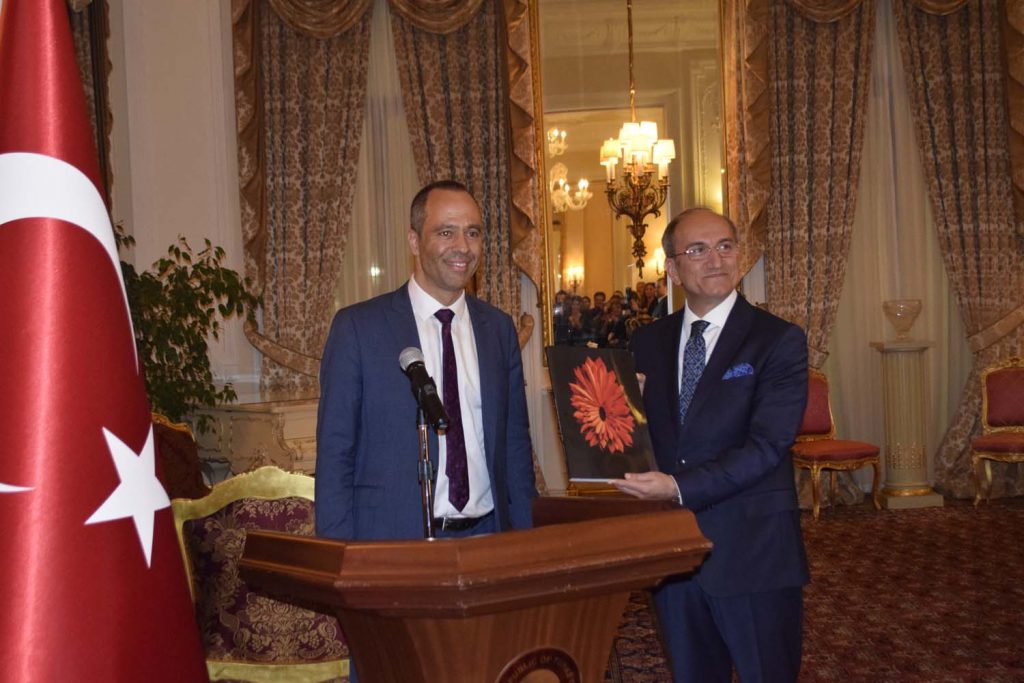 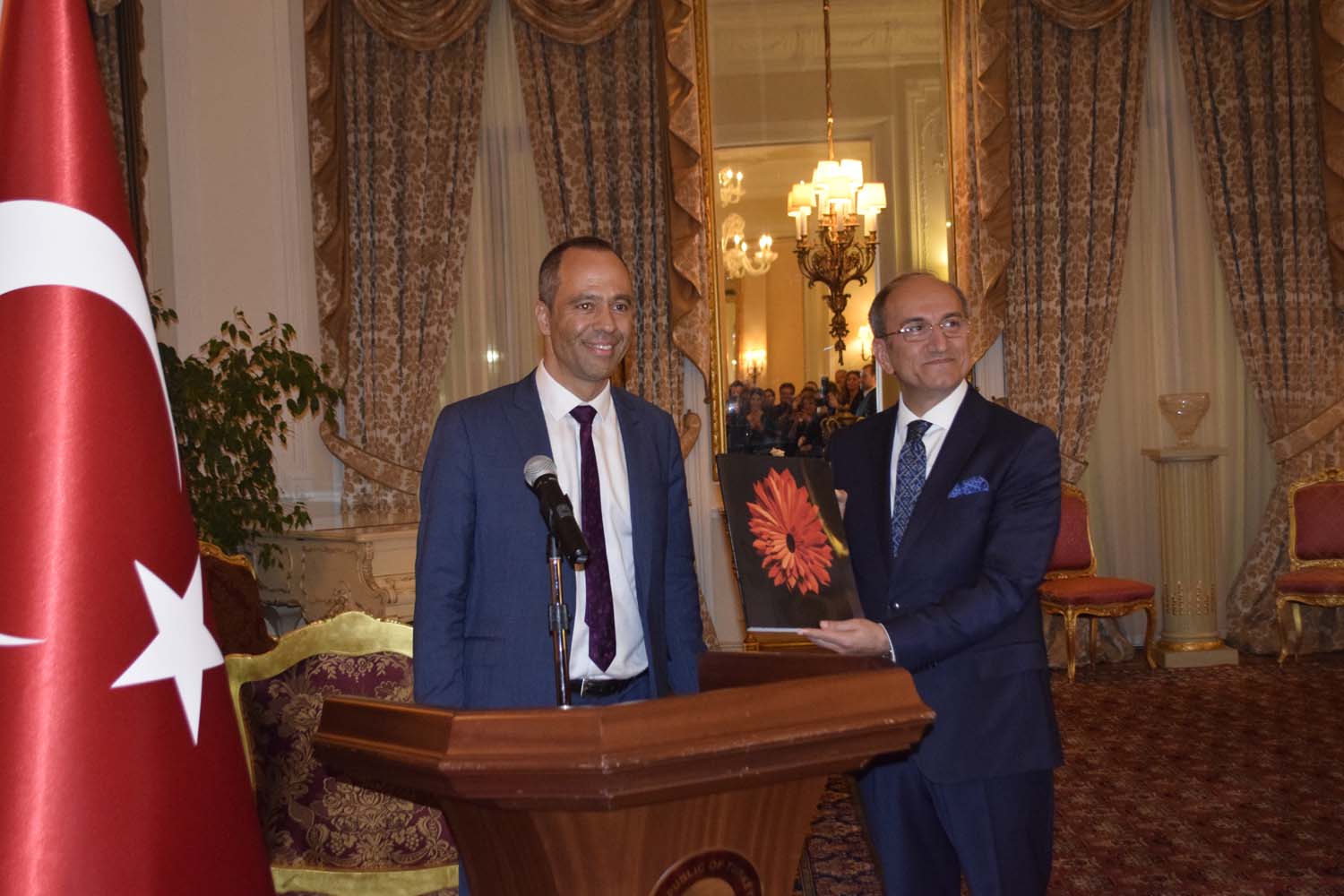 THE Ambassador Abdurrahman Bilgiç hosted a reception for the London Design Biennale “HousEmotion” project whom Tabanlıoğlu Architecture is representing Turkey.

The reception was held at the London Embassy of Turkey on Thursday 6 September. A large number of guests attended the event.

The Ambassador Abdurrahman Bilgiç congratulated Tabanlıoğlu Architecture for their successful work also Bilgiç stated that they were proud to be represented at the London Design Biennial, which is an international organisation.

Melan Gürsel Tabanlıoğlu, one of the Tabanlıoğlu Architectural Administrators, thanked Ambassador Bilgiç for the reception held at the Turkish Embassy in London.

Gürsel Tabanlıoğlu also thanked the guests which attended to the reception, Tabanlıoğlu stated that they were really proud to be representing Turkey in various international organisations.

After the speeches, a magazine copy of the “HousEmotion” was presented to the Ambassador.

Following the London Design Biennal held in 2016, this year the second global gathering will occur between September 4-23 in France, Germany, Hong Kong, India, and England.

The works of designers will be displayed from more than 40 countries.