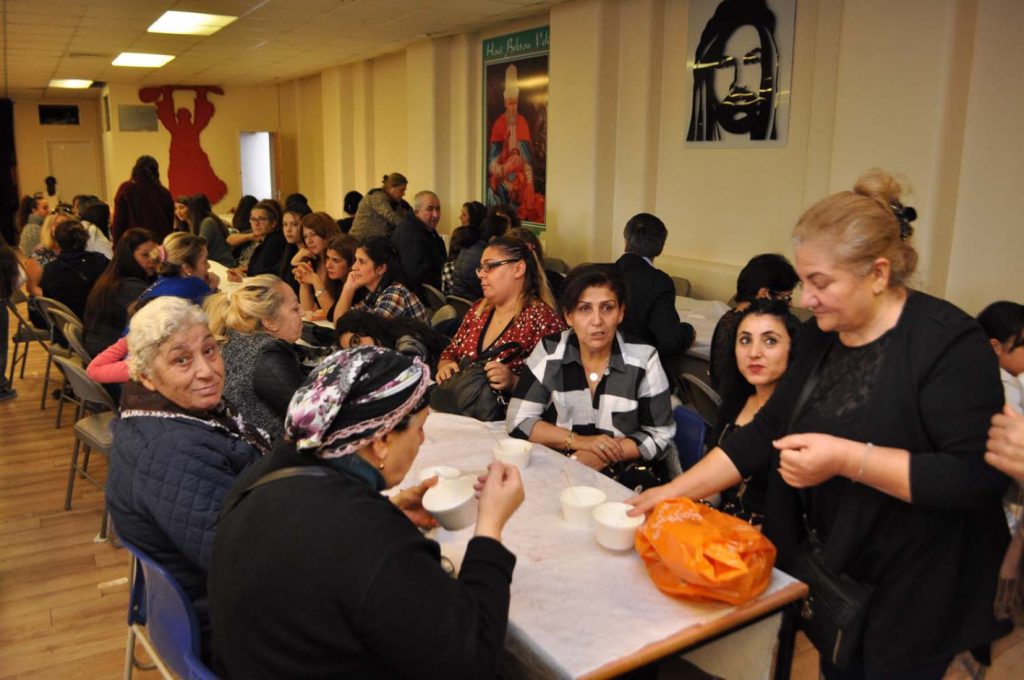 The British Alevi Federeation published a statement in relation to Muharrem fasting, statement is as follows:

“With sadness and mourning, we once again feel all pain in the form of Kerbela. We wish that in the name of humanity no one experiences the atrocities of the past. Muharrem means intentions, and to share mutual pain. We have witnessed that the sharing of pain results in the diminishing of sufferings. Otherwise, no society could bear the persecution of bunting. We, the Alevis share sadness, love, happiness and justice during our Cems.”

In the Alevi belief, another ritual called Muharren Orucu is a major Alevi fast which is generally held in the first 12 days of the month of Muharrem (in the modern day calendar this falls between 28 September and 10 October of each year). In addition to abstaining from food, many Alevis who fast during these 12 days, also abstain from drinking water both day and night. They will intake liquids other than water. During this fast, Alevis will also avoid any sort of comfort or enjoyment. The main purpose of this fast is to mourn the death of Ali’s son, Huseyin, during the battle of Kerbela.

Following on from the Alevi fast, a special dish of Asure is cooked. Asure is prepared from a variety of 12 different grains, fruits and nuts. This is shared amongst community members.