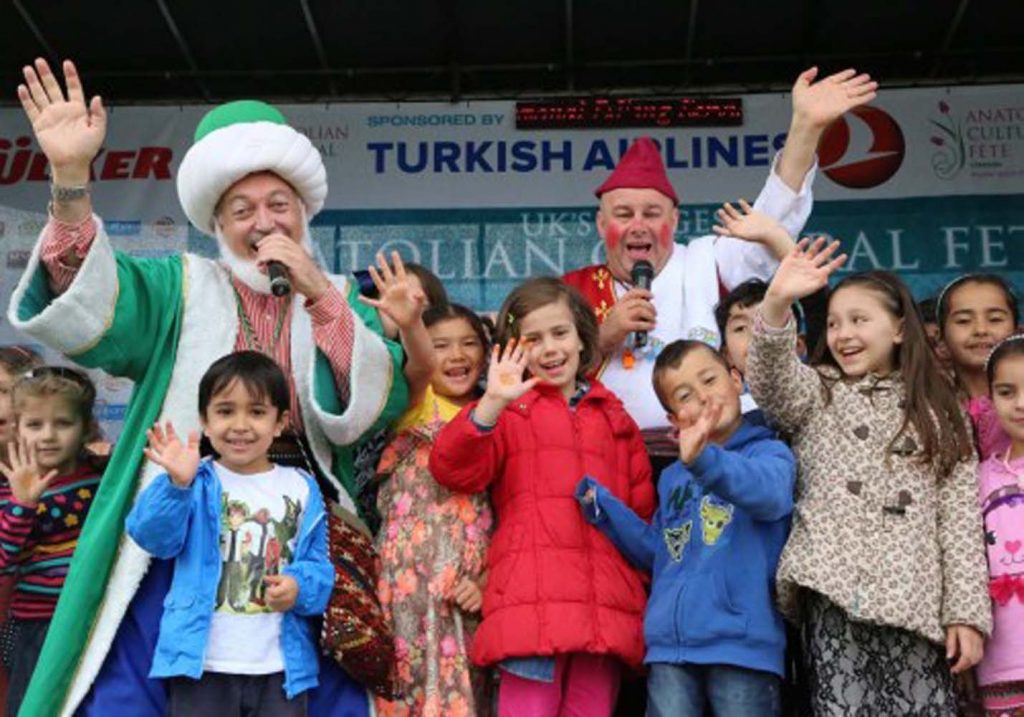 THE Anatolian Culture Festival is one of the greatest and well-known festivals which occur in England every year.The Anatolian Culture Festival organised in London as become a traditional festival which will take place for the 12th time this year. The festival is traditionally organised by the Suleymaniye Cultural Center and the Anatiolian Community Association in London and will take place at Clissold Park.

According to the information provided by the festival organising committee, the big opening of the festival, which will last four days this year will take place September 29 and Monday 1 October. The opening ceremony of the festival last year was attended by the Turkish London Ambassador, TRNC London Representative, British deputies, politicians and non-governmental organisations.

Around 50,000 people visit this festival and always attracts more interest ever year.

The festival committee made the following statement in regards to the festival:

“The Anatolian Culture festival, whereby thousands of people attend each year holds a great cultural experience. The mether team, jonklor teams and cultural artists will participate as always in our festival. In our festival we have a dowry tent, which is an indispensable part of Turkish Culture, we have oriental kebabs, chopsticks, doner and kebab varieties, homemade pastries and children playgrounds.”