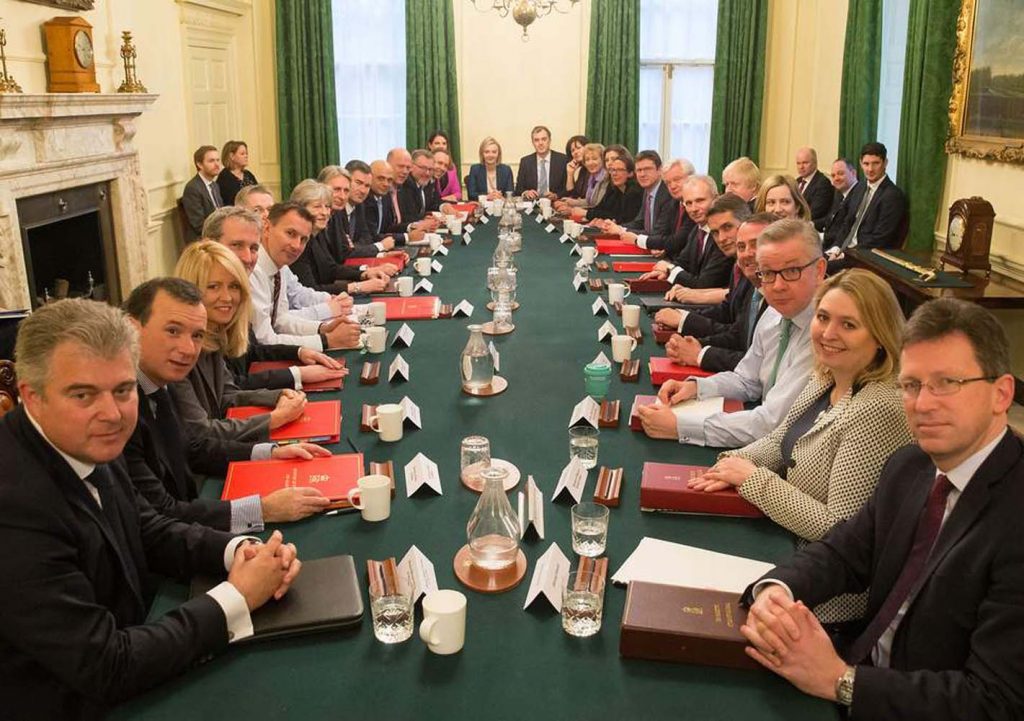 THERESA May’s new-look cabinet came together on Tuesday for the first time after a string of resignations over her Brexit strategy left her government in crisis.

Mrs May was pressured to carry out a transformation of her top team after Boris Johnson and David Davis both resigned.

The prime minister has notified the Tory party it must unite or face the prospect of Jeremy Corbyn in power.

Jeremy Hunt, who has replaced Mr Johnson as foreign secretary, said he would be “four square” behind her.

The UK is set to leave the European Union on 29 March 2019, however the two sides have yet to concur how trade will work within the UK and the EU subsequent to Brexit.

The delay has been partially blamed on intense disputes within the Conservative Party in regards to what sort of configurations Brexit should adapt.

In essence the disputes are related to how much the UK should prioritise business interests by compromising on post-referendum promises to end free movement of people, remove the UK from the remit of the European Court of Justice, and also have an independent trade policy which allows the UK to set its own trade rules and strike its own trade deals.