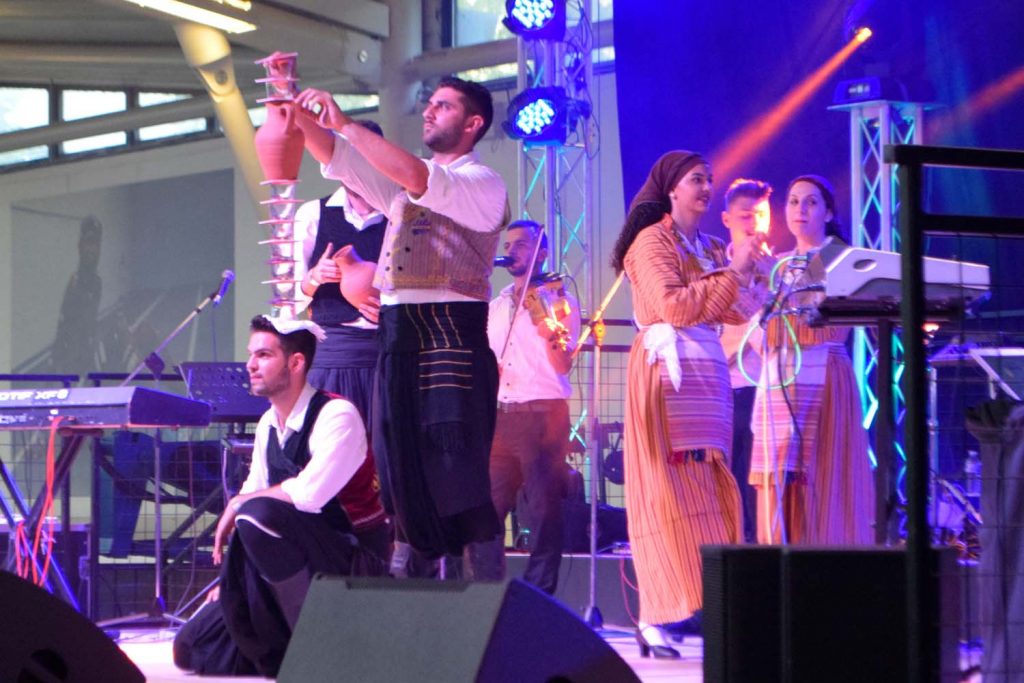 THE annual ‘Cyprus Wine Festival’, held every year in North London, took place at the Lee Valley Athletics Centre on May 27 and May 28 this year.

Participating in the traditionally organized festival by Parikiaki Newspaper, guests also had the opportunity to taste Cyprus wines. There was an intense interest in the two-day festival and traditional Cypriot folk dances, dances and guest artists also took place.

In the amusing event, there were nearly 100 booths promoting the cult of Cyprus. It is also possible to do wine tastings on the stands and the annual wine festival occurred with the slogan of “Drinking wine gives you life”. With the rich artist enjoyment of live music and enthusiastic dances, the Cypriots in London has a great time at the festival.