Address of the elections has been announced 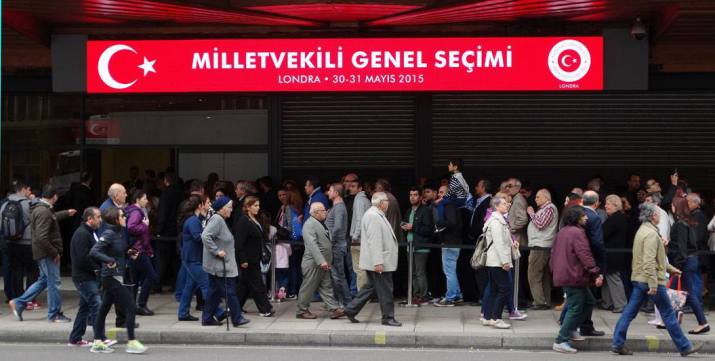 The address of the polling stations for the general and presidential elections to be held in Turkey, 24 June has been clarified.

The London Consulate has made an announcement through social media and stated that the citizens which are registered on the electoral roll of the Republic of Turkey will vote at the Olympia Conference Centre.

The voting polls for the first round of the general and presidential elections will be held on 16 June till 19 June between 09:00 – 21:00.

If the President cannot be determined in the first round of the elections, the re-voting will occur in the same address on 30 June and 2 July between 09:00 – 21:00.