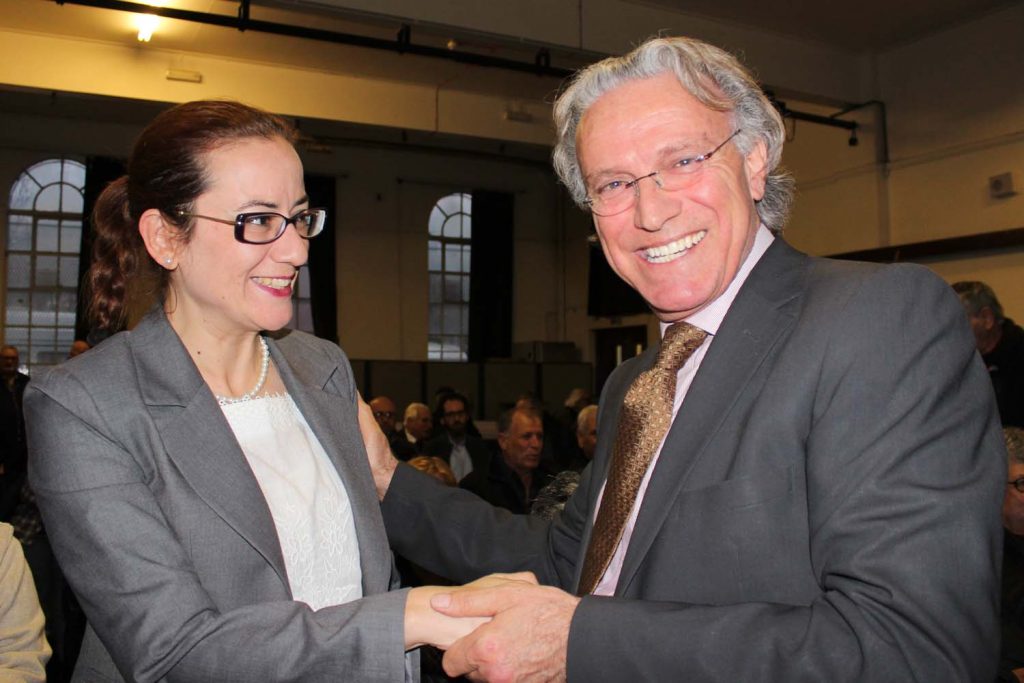 AKEL Political Party members Derviş Ali Kavazoğlu and Kostas Misiaoulis were commemorated at a special event dedicated to their legacy in London. The event took place on Thursday, 12 April 2017 at Cypriot Community Centre.

Opening the event with his speech, Takis Hadjigeorgiou from AKEL stated: “The collapse of the negotiations in Kranz Montana triggered disappointment and loss of faith. Despite the setback, there is still a critical mass of Greek Cypriots and Turkish Cypriots out there who are ready to take it upon their shoulders to transform their vision and belief for a common homeland into reality. Time however, is running out. It’s time for the two leaders to come back together and try to break the deadlock.

Following Takis’s speech Doğuş Derya from CTP also made a speech in regards to the importance of the day and reunification of the island, she said:

“I pay tribute here to all Greek Cypriots and Turkish Cypriots who believe in the ideals of a common land, who paid the price for the unification of our island, thus has been threatened or excluded from society or for those who have been killed. Despite the despair and oppression, the social forces, organised around peace struggle have managed to maintain vigour and dignity until today.”

The night, that was dedicated to embalm Kavazoğlou and Misiaoulis then carried onto a series of music gigs that included specially prepared Greek and Turkish songs that are meaningful for the both sides of island.