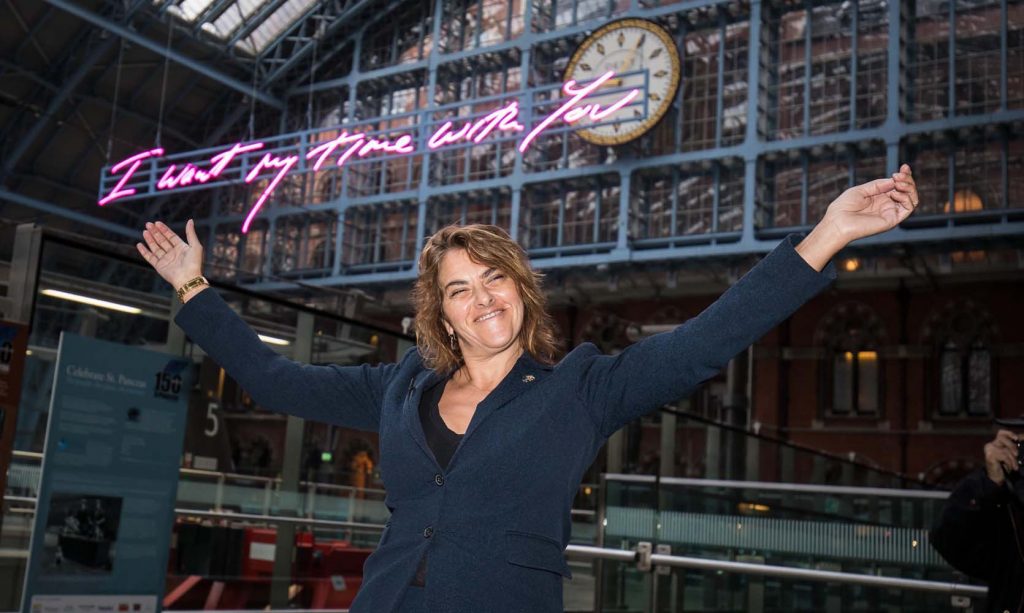 The 20 metre-long art work will be greeting the arrivals at the station with the message ‘I Want My Time With You’ handing from the roof stations in bring neon lights.

Going on stay that the art work is “a statement that reaches out to everybody from Europe arriving in to London”.

Artistic Director of the Royal Academy of Arts, Tim Marlow praised Emin as “one of the most important and influential artists in the world” saying that “Her work is intense and compelling and blurs the boundaries between the personal and the public and between art and life.”

The work was commissioned by HS1 Ltd along with the Royal Academy of Arts who will be celebrating its 250th anniversary this year, another milestone this year will be the 150th anniversary of St Pancras Station.