THE community from Bingöl which are currently living in England came together with the Bingöl Mayor, Yücel Barakazi. 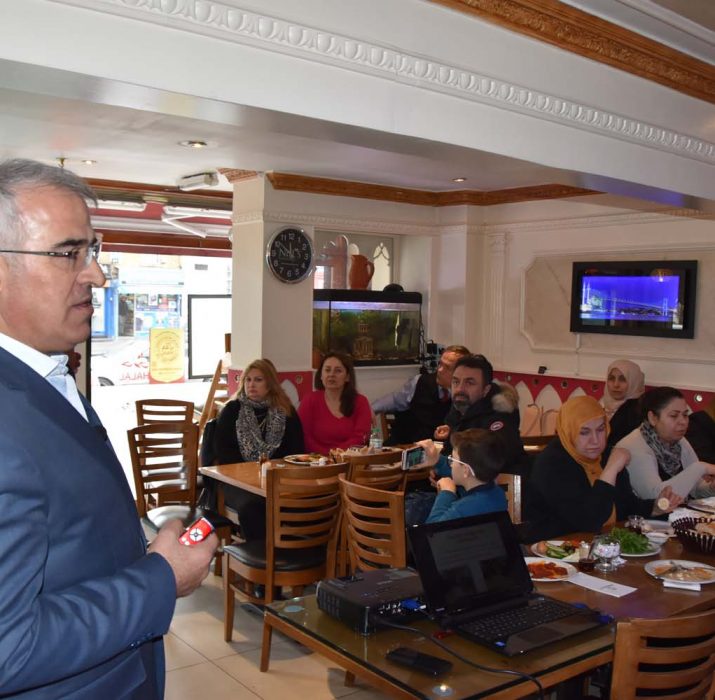 THE community from Bingöl which are currently living in England came together with the Bingöl Mayor, Yücel Barakazi.

Mayor Barakazi came together with Turkish citizens living in England in an event meeting with an organised by the Europe Turkish Democrats Union UK (UETD UK). During the event, the mayor explained his work and listened to the problems and requests of the citizens.

During the opening and greeting, the UETD UK President Yetimova stated the following

“I wish mercy from Allah and blessing for our soldiers martyred in Afrin. By organising this event we have asked the Bingöl mayor to join us in the 7th breakfast program which we have organized as UETD UK. We come together with you in order to bring together our society living in England with the aim of claiming our cultural values. As UETD UK, we aim to enlighten our citizens against the negative propaganda occurring in the British Parliament.”

After Yetimova, President Barakazi was the next speaker. The Mayor of Bingöl stated that he has visited England for the first time, he thanked the hospitality he has received during his visit and he spoke about the projects that have been completed in Bingöl. Describing the social, cultural and economic developments in Bingöl, Barakazi also answered the questions of citizens participating in the event.

The British Zaza Association proposed followers to Barakazi and thanked him for coming to the event.