The All-Party Parliamentary Group for Alevis gathered at British Parliament, tackling and addressing to the ongoing purge of public sector workers in Turkey 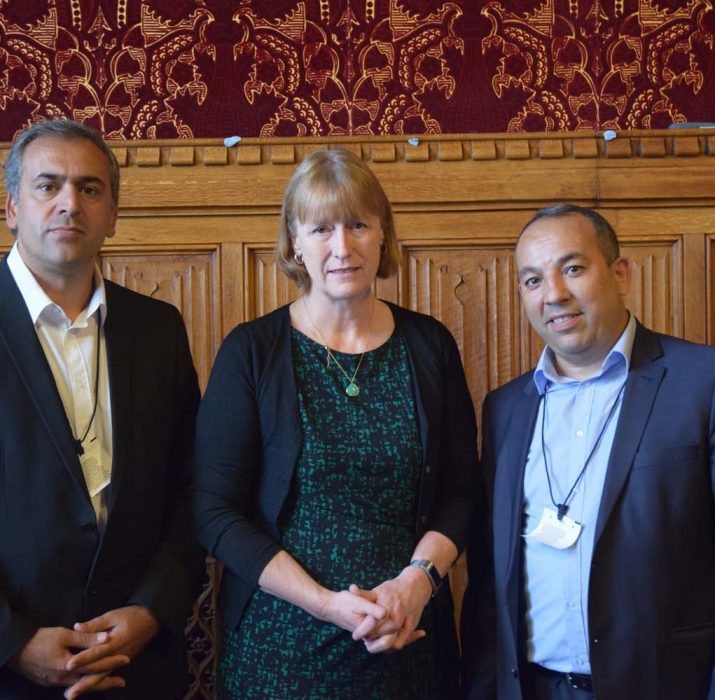 The All-Party Parliamentary Group for Alevis gathered at British Parliament, tackling and addressing to the ongoing purge of public sector workers in Turkey by specifically drawing attention t the arrest and detention of Nuriye Gülmen and Semih Özakça with the participation of Joan Ryan MP.

The press release followerd such statements as follows:

The All-Party Parliamentary Group (APPG) for Alevis deplores the ongoing purge of public sector workers in Turkey and draws attention to the arrest and detention of Nuriye Gülmen and Semih Özakça.

It is almost a year to the day since the 15 July attempted military coup against President Erdogan and his government, which resulted in a tragic loss of life and was rightly condemned by all parties across the Turkish political spectrum.

In the 12 months since then, we have seen a state of emergency imposed across the country. More than 50,000 people have been arrested, and 145,000 dismissed or suspended from their jobs – many of whom on suspicion of being linked to US-based Islamic cleric Fethullah Gulen – from school teachers and academics to judges, civil servants and police officers.

Two of those people caught up in the purge are Nuriye and Semih, a literature professor and a primary school teacher, who have both been very supportive of the minority Alevi community in Turkey. They have been on hunger strike since 9 March 2017, protesting against their dismissal from their jobs by the government. Their protest has resulted in multiple arrests. Since May 23, they have been detained by the police and their trial is scheduled for September 14.