Agos Newspaper’s late Editor in Chief Hrant Dink was commemorated in London on his 10th year of murder. 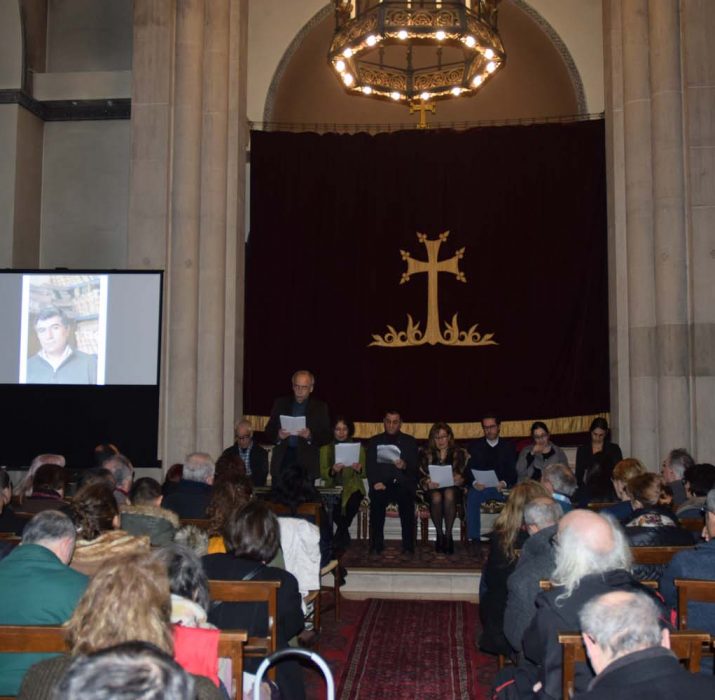 Agos Newspaper’s late Editor in Chief Hrant Dink was commemorated in London on his 10th year of murder. The event was organised by the London Armenian Institute at the St Sarkis Church.

The commemoration started with the speech of well-known author, actor, Publisher and human rights activist Nouritza Matossian. Matossian shared a story of seeing Hrant Dink just a week before his passing and how Matossian was trying to convince Dink to move to England, due to the high level of death threats he was receiving. Despite the threat, Dink insisted not to leave by saying “I won’t leave my country”

The event then carried on to another section of reciting passages from Tuba Çandar’s book “Hrant”, which commemorates Hrant Dink’s life and his legacy as a biography. After the reciting, an emotional flow of live music sessions mesmerised the audience which were performed by Suna Alan, Aygül Erce, Aris Nadirian and Cahit Baylav. The songs were performed in Kurdish and Armenian. The whole room plunged into deep emotions and sentiments once Suna Alan performed “Sari Gyalin”, which used to be one of Hrant Dink’s favourite songs.

At the final of event a slide Show showing an interview of Dink was screened and was followed by Armenian Society Patriarch Hovakim Manukyan, which he remarked the importance of solidarity and togetherness.