Mustafa Kemal Atatürk, first President of the Republic of Turkey, died at the Dolmabahçe Palace, his official residence in Istanbul, on 10 November 1938. 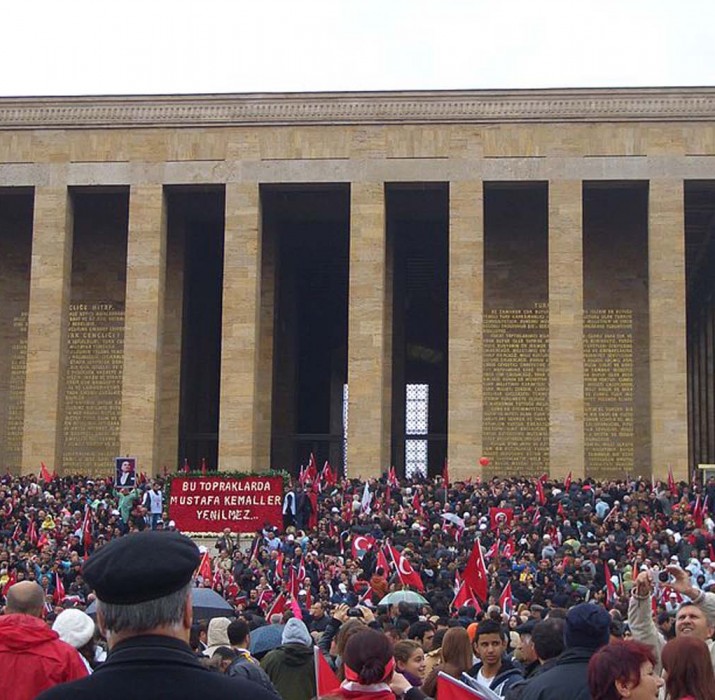 Mustafa Kemal Atatürk, first President of the Republic of Turkey, died at the Dolmabahçe Palace, his official residence in Istanbul, on 10 November 1938. His state funeral was held in the capital city of Ankara on 21 November, and was attended by dignitaries from seventeen nations. His body remained at the Ethnography Museum of Ankara until 10 November 1953, the fifteenth anniversary of his death, when his remains were carried to his final resting place at Anıtkabir.

10 November stands for commemorating Mustafa Kemal Ataturk and his legacy. Every year on the 10th of November in Turkey, the country remembers Atatürk by stopping for 1 minute onat 09:05 the time of his death.  Vehicles will honk their horns, people stop what they are doing and schools and business pause.

Throughout the day there are many memorial celebrations with the main memorial taking part at Atatürk’s mausoleum the Anıtkabir, where the leaders of the Turkish Government lay wreaths in his memory.

Due to the upcoming 10 November, Ataturk Ideology Foundation (Atatürkçü Düşünce Derneği) is organising a special commemoration night for Ataturk, taking place at Wood Green’s Grand Palace Banqueting Suite. Attending to the event, will be the very son of Ataturk’s personal librarian Nuri Ulusu, Mustafa Kemal Ulusu, who will be signing books on the day.