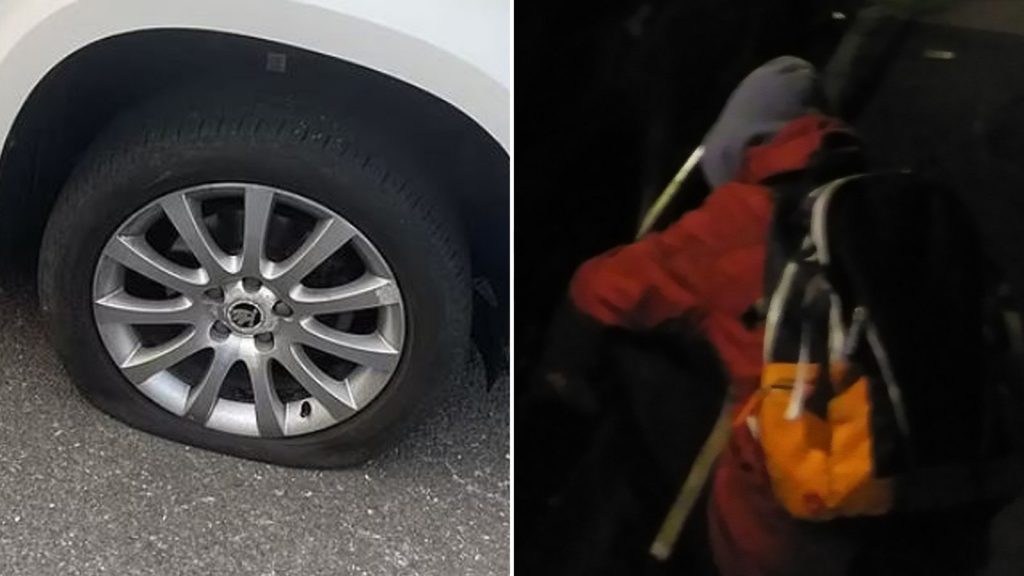 CONTROVERSIAL climate activists who deflate tyres on SUVs say they will target thousands more drivers in the coming months – and they will not stop even if their actions result in road accidents.

The protesters, who call themselves the Tyre Extinguishers, told Sky News they want to “strike fear” into owners of the “gas guzzling” cars.

They claim they have already let down the tyres of about 3,000 vehicles across the UK since March.

Police have warned the group’s actions “will absolutely not be tolerated” and have sought to catch those involved.

But a spokesperson for the Tyre Extinguishers said they believed they were unlikely to be arrested and they will not be deterred despite facing death threats.

So far, the activists say they have struck in London, Brighton, Manchester, Liverpool, Edinburgh, Sheffield and Cambridge – and their campaign is “escalating fast”.

They have warned more cities are set to be targeted as they aim to deflate tyres on more than 10,000 vehicles by the end of the year.

The group’s spokesperson, who gave their name as Marion Walker, told Sky News: “We want to strike fear into anyone who drives a huge polluting SUV in a UK city.

“There comes a point where asking politely and protesting has stopped working, and it’s time for action, to sabotage the machines that are killing us.

“Some of our number are people who live near busy polluted roads, slowly choked by gas guzzlers.

“Others are cyclists who have been nearly killed by an SUV too many times.