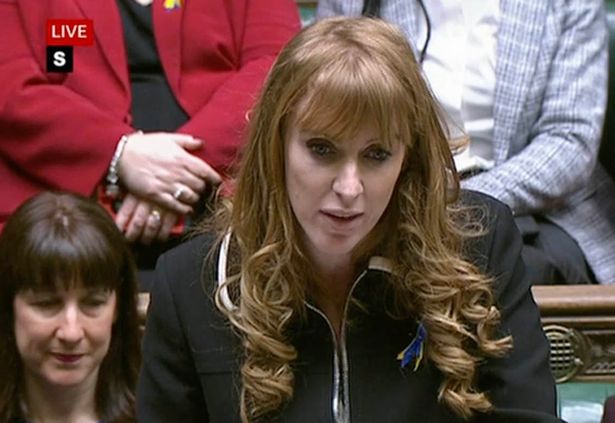 Boris Johnson has threatened to unleash “the terrors of the earth” on whoever made comments about Angela Rayner to a newspaper that have been roundly condemned as misogynistic.

The prime minister described the claim in the Mail on Sunday, citing Tory MPs, that Labour’s deputy leader deliberately distracted Mr Johnson by crossing and uncrossing her legs as “misogynist tripe”.

One anonymous source was reported as saying: “She knows she can’t compete with Boris’s Oxford Union debating training, but she has other skills which he lacks.”

Technology minister Chris Philp told Sky News that Tory whips will be “looking at whether they know” who made the comments and discovered they would be likely to be “subject to discipline”.

Asked whether there was a cultural problem at Westminster, the prime minister – speaking on a visit to Bury – said: “It’s hard to say on the basis of that particular story.

“But I have to say I thought it was the most appalling load of sexist, misogynist tripe.

“I immediately got in touch with Angela and we had a very friendly exchange.

“If we ever find who is responsible for it, I don’t know what we will do, but they will be the terrors of the earth.

Ms Rayner responded to the article over the weekend, saying: “Women in politics face sexism and misogyny every day – and I’m no different.

“Boris Johnson’s cheerleaders have resorted to spreading desperate, perverted smears in their doomed attempts to save his skin.”

Commenting on the story, Sir Keir Starmer told ITV’s This Morning programme: “It is rank sexism, rank misogyny. She was really disgusted that all of her political attributes were put aside for this ridiculous, offensive story.

“We have got to change the culture. The culture in Parliament, it is sexist, it is misogynist. We need to change it.”

Press regulator Ipso has received 5,500 complaints about a Mail On Sunday article about Labour’s deputy leader.

The article claimed that an unnamed Tory MP had told the newspaper Ms Rayner crossed and uncrossed her legs on the Labour front bench during Prime Minister’s Questions in an attempt to distract Boris Johnson.