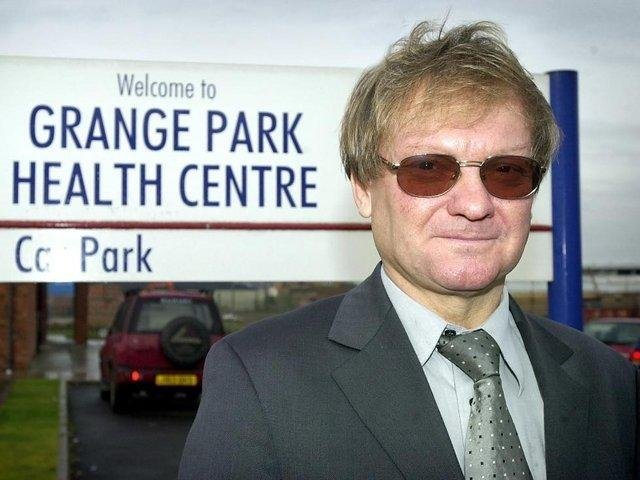 A family doctor who had sex with a woman 31 years his junior and who plied her with medication to continue their affair has been struck off the medical register.

Married GP Goksel Celikkol was 55 when he started having sex with the 22-year-old woman who said she felt ‘trapped’ in their relationship because she needed him to give her sleeping tablets.

A tribunal has heard that Celikkol who was club doctor for Blackpool FC, and who married in 1970, first touched the patient inappropriately during an ‘out of hours’ intimate examination in 1999.

He took her out for lunch at a seaside hotel in Fleetwood where she was due to perform a gig before the doctor started having sex with her. The tribunal heard Celikkol would prescribe her excess doses of Zopiclone so she could take up to double the daily recommended amount.

The woman moved to Scotland in 2020 to live with her mother and she registered with a different GP but over the next seven years Celikkol continued to prescribe her the tablets including Prozac and the appetite suppressant Reductil initially sending them by post before using her on-off boyfriend’s address.

In an exchange of texts as recently as 2014 Celikkol told her: ‘We must have been connected and related to each other before anything like this could happen! I admired u for being a very intelligent and talented person. I enjoyed so much talking to you. One can’t put everything on a txt message if u come to Blackpool we can meet and talk over a meal on my expenses.’

Initially, the woman known as Ms A who is bipolar and a history of suicide attempts did not report Celikkol but she complained in 2017 after writing a ‘story’ about her experiences whilst undergoing counselling.

In a statement the woman, a widow now 45, said: ‘At the time I was in floods of tears and I was asking him to help me as I was very depressed and lonely but Dr Celikkol prescribed me more anti-depressants and asked me out for lunch with him. I agreed as I naively thought he asked me as he could see how alone I was, I did not think he would make any physical advances towards me.’

Recalling the early days of the her relationship, she said:’I didn’t want to have sex but I felt trapped in a situation I didn’t know how to get out of because he was also prescribing me medication I really needed at that time.

‘I hated the situation. He was about 30 years older than me so I had no attraction to him whatsoever – I just felt I was trapped in a situation I had no idea how to get out of. I decided the only way to make it stop was to literally leave the country.’

At the Medical Practitioners Tribunal Service in Manchester, Celikkol, now 78 and who qualified in Turkey in 1968 was found guilty of serious professional misconduct. He retired from practice in 2018 but will now be unable to treat patients if he tries to resume his 54-year medical career.

Police quizzed him about the allegations, but no criminal charges have followed.

Celikkol moved to the UK from Istanbul in 1971 to work for the NHS and set up his GP surgery, in Staining, Lancashire, in 1984 before taking over the Grange Park in 1990 and running both practices simultaneously caring for 2,500 patients.

Ms A later gave a statement to police about the GP in which she said: ‘I liked him but not to the extent of having sex with him. In terms of my medication, sometimes I would take my prescribed medication for the day.

For the GMC Miss Chloe Hudson said: ‘Dr Celikkol was motivated by his own selfish sexual urges towards Patient A. The prescribing and supplying of medication to a patient who had a history of self-harm could have had very serious consequences for her, given that she was able to take double the standard dose of sleeping medication and that she had a history of attempting to take her own life.

‘Dr Celikkol was allowing his own sexual self-interest to maintain this patient on medication which she was particularly keen to receive. He used his position over her to make sure the relationship continued.’

Celikkol said Ms A had made up the affair but admitted meeting her socially and watching her sing in a social club. He denied prescribing excess quantities of prescription drugs.

Panel chairman Angus Macpherson said: ‘Dr Celikkol had a professional obligation to observe proper boundaries with his patients, and particularly with a patient who was vulnerable, and that he was, by his own account, happily married.

‘Patient A had a right to expect that he would treat and care for her appropriately. Instead, he exploited his position as her doctor and succumbed to the sexual feelings which he had developed toward her. This was an extremely serious abuse of trust.’