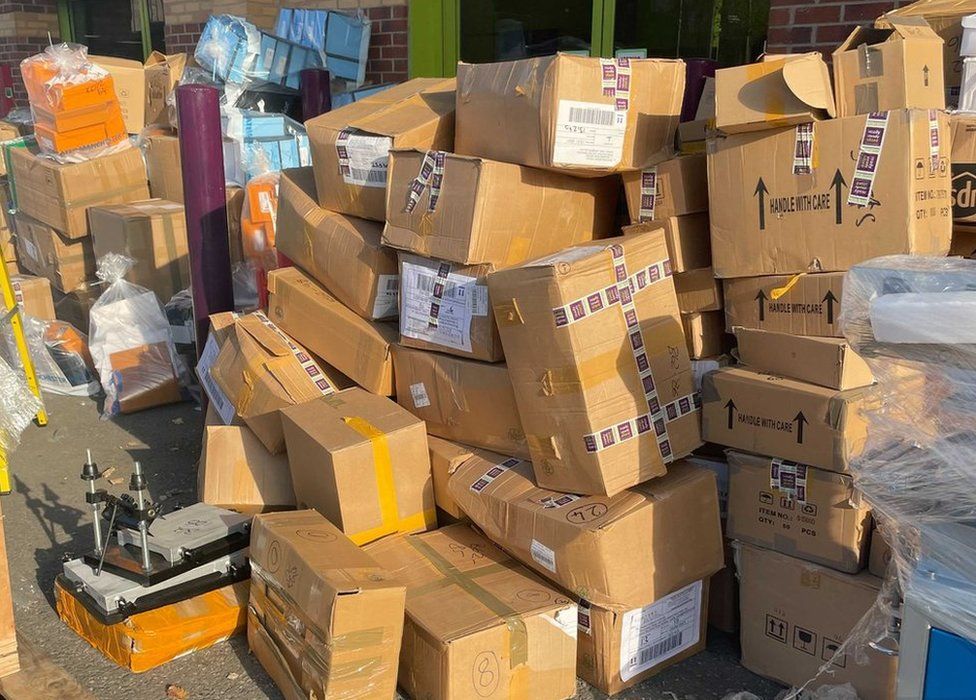 FAKE designer goods worth an estimated £500m have been seized by police in Manchester.

A raid on 55 storage units in Strangeways, north Manchester, led to the discovery of more than 200 tonnes of counterfeit items.

Police said the counterfeit goods operation, led by North West Police Intellectual Property Crime Unit, was the largest ever in the UK.

Fake brand labels to be sewn onto the counterfeit clothing and shoes were also recovered.

Two counterfeit perfume factories were also found along with equipment used to make the fake fragrances, including various chemicals.

Two people have been arrested and links to two of the biggest organised crime groups in Cheetham Hill, Manchester, have been found, City of London Police said.

Counterfeit make-up and headphones were also seized, along with mobile phones, laptops and a large amount of cash.

“We believe the hundreds of tonnes of goods seized would have supplied gangs in Cheetham Hill selling counterfeit goods.

“It is important to recognise the serious impact of sophisticated and large-scale counterfeit operations such as this.”

Artificial pancreas may soon be available on the NHS