‘The UK is leading the fight against Covid’ 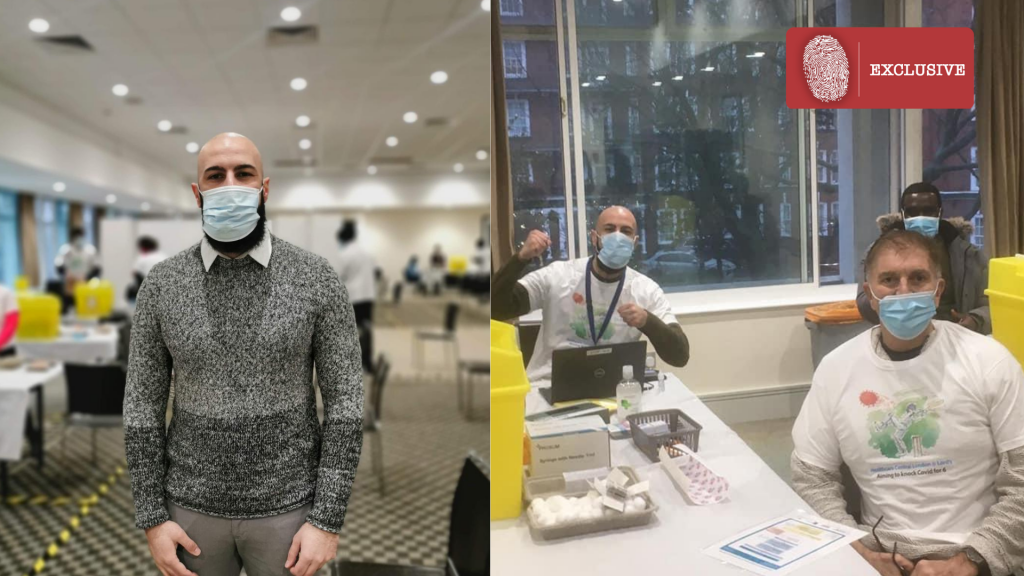 In the UK’s vaccination campaign against the coronavirus pandemic, more than half of the adult population reached has now had their first dose of vaccination.

It has been 6 months since the vaccination campaign started and the UK has three vaccines approved for use: Pfizer-BioNTech, Oxford-AstraZeneca and Moderna, all of which require two doses for maximum protection.

As of May 5, official data show that a total of 34,667 million people in the UK have been vaccinated, approximately 16 million of which are in two doses. In London, over 5 million doses have been administered

This week here at Londra Gazete, we spoke with Yakup Seyer, who works for the National Health Service (NHS) at the at vaccination clinic in Westminster, London.

Those aged under 30 are to be offered the Moderna or Pfizer-BioNTech jabs as an alternative to the Oxford-AstraZeneca vaccine due to evidence linking it to rare blood clots.

Stating there are side effects in all kinds of vaccines, the risk of a blood clot is very rare, Seyer said: “Among 4 million people, 1 case of blood clot has been reported. This is less of a chance than winning the lottery. However, if anyone has a history of a blood clot in their family, it is recommended to consult your doctor before vaccination. In this case, alternative vaccines such as Pfizer and Moderna are offered instead of AstraZeneca vaccine.”

With millions of people now vaccinated Seyer emphasised the fight against the coronavirus in the UK has been successful: ‘‘The vaccination campaign is showing its benefits, it has started to bear fruit of a very successful program. Proof of this is the decline in the number of infections, hospitalizations, cases and deaths. In addition, the cases are 20 times less than the January data. The pressure on the NHS has dropped significantly in the last few months, the vaccination program is being carried out successfully, when you are called for your vaccination or go to a “walk-in” vaccination centres that are opened in your area, make sure you go and get your vaccine. We need to be vaccinated to protect ourselves, our family and our loved ones.”

When ask when he personally sees the UK will get back to the ‘normal’ he said: “If everything continues as planned, I think we will return to a ‘new’ normal life on June 21st. When we look at the events in the world now, Turkey has lagged behind in the vaccine rate compared to its population, and the situation in India is very bad. In countries with low vaccine levels, they have to be on and off constantly. The UK is one of the leading countries that have shown serious stability and success recently.”

An extra 60 million doses of the Pfizer-BioNTech vaccine were ordered this month as the government prepares for a vaccination booster programme in the autumn.

Stating that one of the most frequently asked questions by those coming into the clinic where he works is the vaccine passport, Seyer said that there is no definite result for the vaccine passport, but having a digital passport through the NHS app would be more efficient compared to a paper passport.

Seyer also stated that experts recommend that pregnant women also have the Covid-19 vaccine. ‘‘Experts confirmed that vaccines are safe for pregnant women and their babies. In my experience, we have had a 35-week-old woman came and got the vaccine and did not have any problems. However, pregnant women under the age of 18 are given the Pfizer vaccine. Anyone with health issues, allergies or pregnant and has questions or any worries its best to talk with your GP or a health professional.”