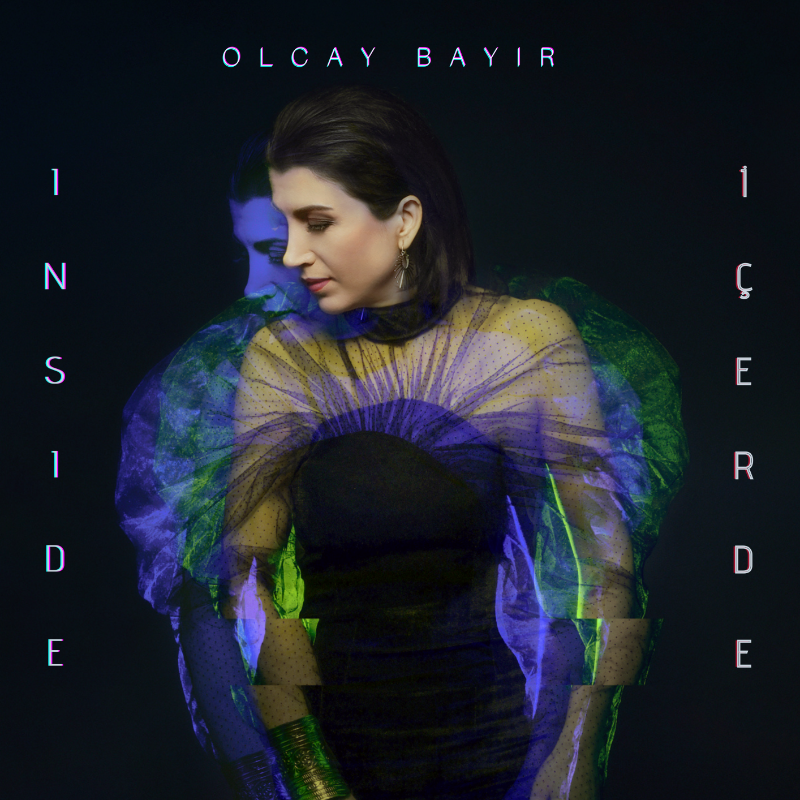 OLCAY Bayir, new album “Inside” paint an emotion-portrait of the singers inner life during the pandemic. Bayir Said: “Lockdown was imposed just two days before we were to go on tour. Like all artists, we had the whole basis of our existence pulled from under us. The world stopped and we had to find ourselves.

Many musicians started to record or stream from home, but this was not something that I was used to. The funding from Help Musicians is invaluable.  It has helped me learn how to produce and release music myself; the award was not only financial but included some really useful advice sessions from music industry professionals.”

The EP is available with 4 new songs Asude – At Peace, Ela – Hazel, Yalnizlik – Loneliness and Kayip Cocuk – Lost Child all bring together the singer diverst background and passion for music.

Born into a Kurdish family in Gaziantep in Turkey’s south not far from the Syrian border, Olcay’s soul is rooted in the deeply emotional music of Anatolia and influenced by its various traditions, including the rich music of the Alevi community. From an early age, Olcay sang and wrote songs. As a teenager, she moved to London with her family, starting anew. With little understanding of English, music was a lifeline.

Her first album Neva – Harmony (Riverboat, World Music Network, 2014), sung in multiple languages. Her second album Ruya – Dream (or ARC Music, 2019 and Kalan Muzik in Turkey) featured her own songs. Both albums were well received in industry press. Nominated for best newcomer in the Songlines Music Awards 2015 for her debut album Neva, Olcay has been described as “one of the finest, most intriguing singers on the British world music scene, with a style that reflects her complex history”