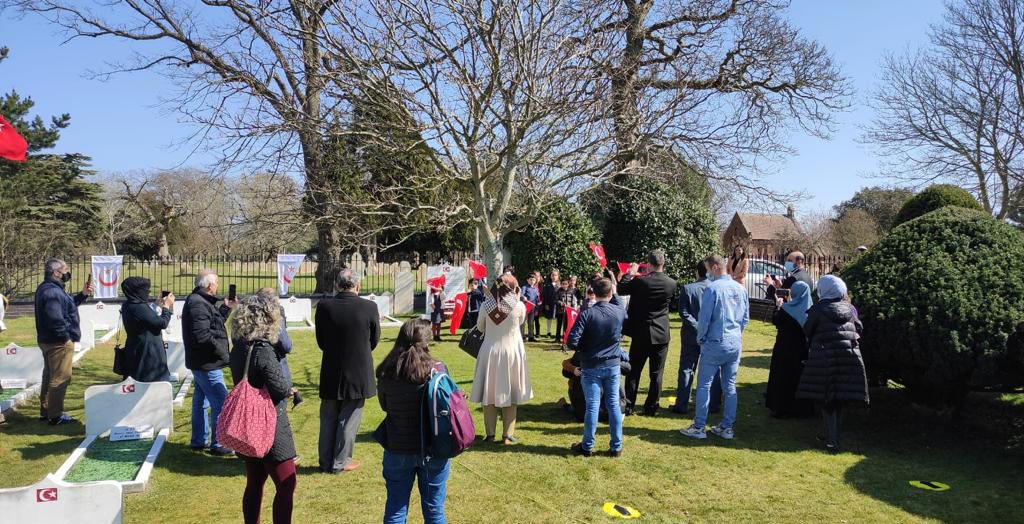 A commemoration event was held at the Portsmouth by the Turkish Naval Martyrdom on of 18 March Martyrs’ Day for the 106th anniversary of the Battle of Çanakkale.

The commemoration event of the martyrs was attended by a limited number of people from organisation across England, including the South England Anatolian Society Association and Luton Turkish Culture and Education Center, due to Covid-19 measures. 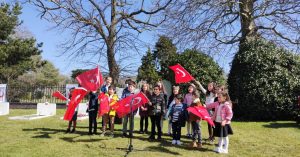 In a show of respect for the martyrs, the national anthem and prayers, and the poems read by Turkish students and taking into account the social distance rules as required by the pandemic rules.

In his opening speech, the president of Southern England Anatolian Community Association Şahin Cebeci, thanked everyone and participants who contributed.

Cebeci said: “As the UK education and culture association, we are proud to host this commemoration ceremony that we have prepared with the support and contribution of our esteemed guests. I greet you with love and respect. Our dear guests, if we talk about our martyred ancestors who lie home here, in 1850, our two ships Mir’at-ı Zafer ship and our Shaggy -ı Bahriye troops, two Ottoman frigates were transferred to the sea in England. Relations continued within the dialogues, and visits were not accepted for prayer only on Fridays. Portsmouth’s Gasport Town, this place is known as the Turkish Town…” 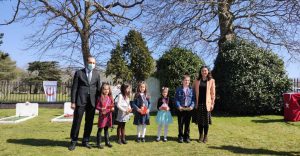