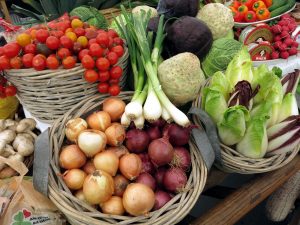 THOSE who follow a vegan diet are at a 43 per cent higher risk of bone fracture compared to those who eat meat, according to newly published research in the journal BMC Medicine.

The study, conducted on nearly 50,000 participants living in the UK, also found that vegetarians and people who ate fish but not meat had a higher risk of hip fractures, compared to those who ate meat. The risk of fractures, however, was partly reduced once body mass index (BMI), dietary calcium and dietary protein intake were taken into account.

Though lower intakes of dietary calcium and protein have also been reported among non-meat eaters, prior research had been unclear about the association of vegetarian diets with the fracture risk.

“This is the first comprehensive study on the risks of both total and site-specific fracture in people of different diet groups,” said the lead author of the research,  Dr Tammy Tong, a nutritional epidemiologist at the Nuffield Department of Population Health, University of Oxford.

The research found that vegans had a higher risk of total fractures which resulted in close to 20 more cases per 1,000 people over a 10-year period compared to people who ate meat. The study found that the biggest differences were for hip fractures where the risk in vegans was more than twice that for those who ate meat.