WHO: Failing to quarantine infected patients is to blame for second wave

Anasayfa » News In English » WHO: Failing to quarantine infected patients is to blame for second wave 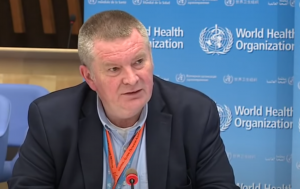 A failure to quarantine enough coronavirus patients is to blame for the second wave rolling across Europe, the World Health Organization (WHO) has warned.

WHO emergencies director Dr Michael Ryan linked soaring transmission rates on the continent to failing contact tracing systems that were not catching and isolating enough close contacts of infected people.

Dr Ryan said about half of European nations had seen roughly 50 per cent increases in infections in the past week, with deaths and hospital admissions starting to trend the wrong way now too. The resurgence is being driven by growing outbreaks in the UK, France, Russia, Spain, the Netherlands and Ukraine.

He warned that poor track and trace programmes and flailing adherence to quarantine rules were ‘a good part of the reason why we’re seeing such high numbers’.

Worldwide, the number of confirmed coronavirus cases passed the grim milestone of 40million, with more than 1.1million deaths.

WHO director-general Tedros Adhanom Ghebreyesus warned against people getting fed up with the pandemic and the measures imposed to control it as swathes of Europe begin to impose second nationwide lockdowns.