Protestor jailed after attack on police at London rally 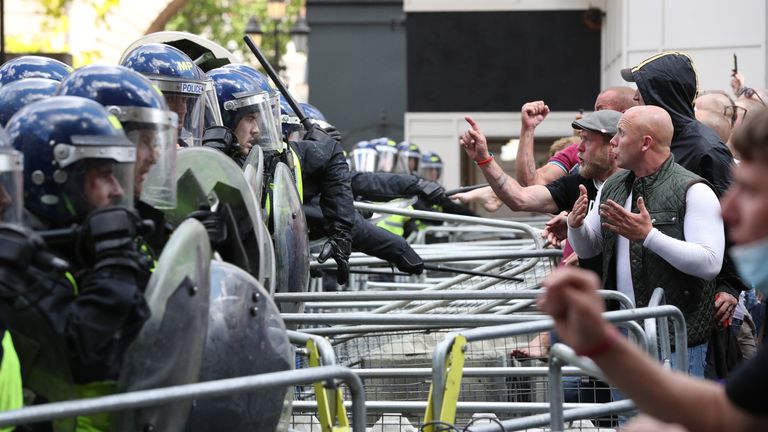 A protester has been jailed after charging at police officers during an anti-racism rally in London.

Meikle pleaded guilty to two counts of assaulting emergency workers and told the court he been drinking that day.

He was sentenced to six months in prison.

The court heard Meikle, who has British and South African passports, had come to England in February.

He lived in north Devon in an attempt to overcome problems with alcohol and drug abuse.

On the day of the assault, he had gone to Heathrow Airport to catch a flight back home to South Africa.

However, he decided to attend the protest when he discovered he could not buy alcohol at the airport and travelled into central London to begin drinking.

He intended to catch a flight back to his homeland later that day.