PM involved in car cash after protester runs towards convoy 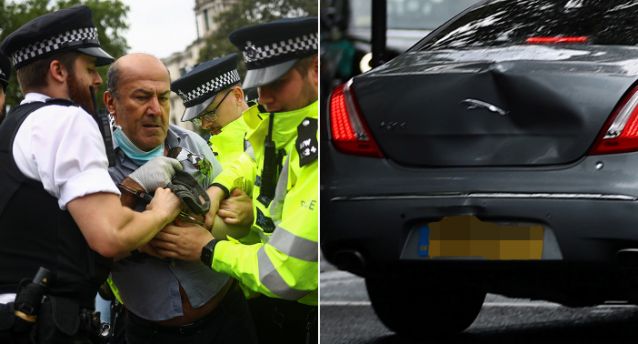 THE Prime Minister was involved in a crash this afternoon after a protester ran towards his convoy outside the gates of Parliament. 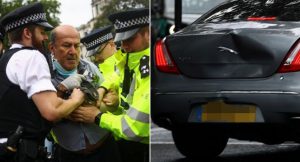 A protester was in the road outside the Palace of Westminster as Boris Johnson’s convoy left after Prime Minister’s Questions.

The lead car was forced to stop, with an escorting vehicle, a Range Rover, running into the back of Mr Johnson’s silver Jaguar. The vehicles then drove off, with a dent visible in the back of the PM’s vehicle.

Downing Street said there were no reports of any injuries. A Number 10 spokesman confirmed the car was Mr Johnson’s, adding: “I think the video speaks for itself as to what happened.”

The spokesman confirmed that Mr Johnson was travelling in the car at the time.

The man who ran out in front of the car, who had been demonstrating about Turkey’s operation against Kurdish rebels in northern Iraq, was detained by officers.