Twins arrested after driving 17 miles to buy a kebab 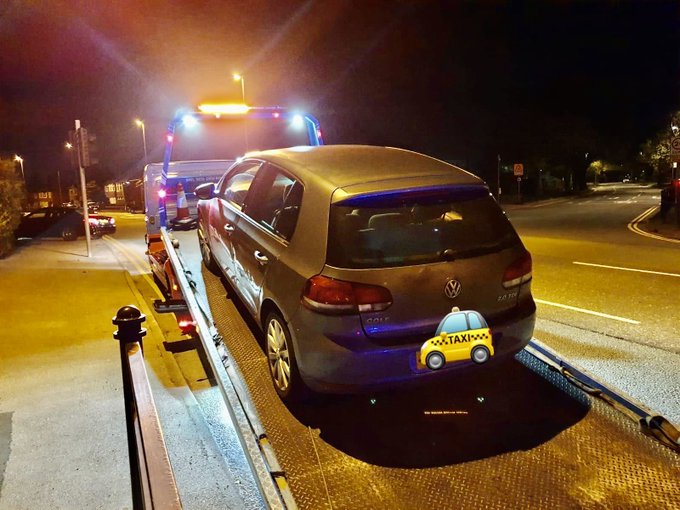 A set of twins were stopped in Rochdale, Greater Manchester, on Saturday night after driving 17 miles to buy a kebab.

Police impounded their VW car for “serious vehicle defects”. The driver had no insurance and the pair had travelled from Huddersfield, West Yorkshire to Rochdale, officers said. 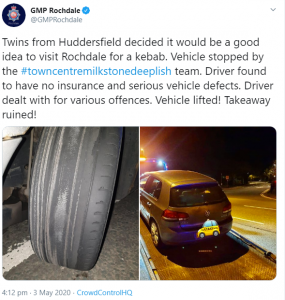 Police have also arrested 13 people and fined 11 others after raiding two lockdown parties in Liverpool.

A dozen people were arrested on suspicion of burglary at a property in Duke Street where a party was being held at 01:20 BST on Sunday.

Separately, on Saturday, people travelled up to 20 miles from Greater Manchester for a party in Wavertree.

Merseyside Police broke up a party in Garmoyle Road, Wavertree just after 20:30 BST on Saturday. Eleven people were issued with “fixed penalty notices for breach of Covid-19 legislation”.

A 20-year-old woman from Hyde, Greater Manchester was also arrested on suspicion of three counts of assault against police officers.

Police said she became aggressive when they arrived at the illicit gathering.