Huge fire breaks out at block of flats in Wood Green 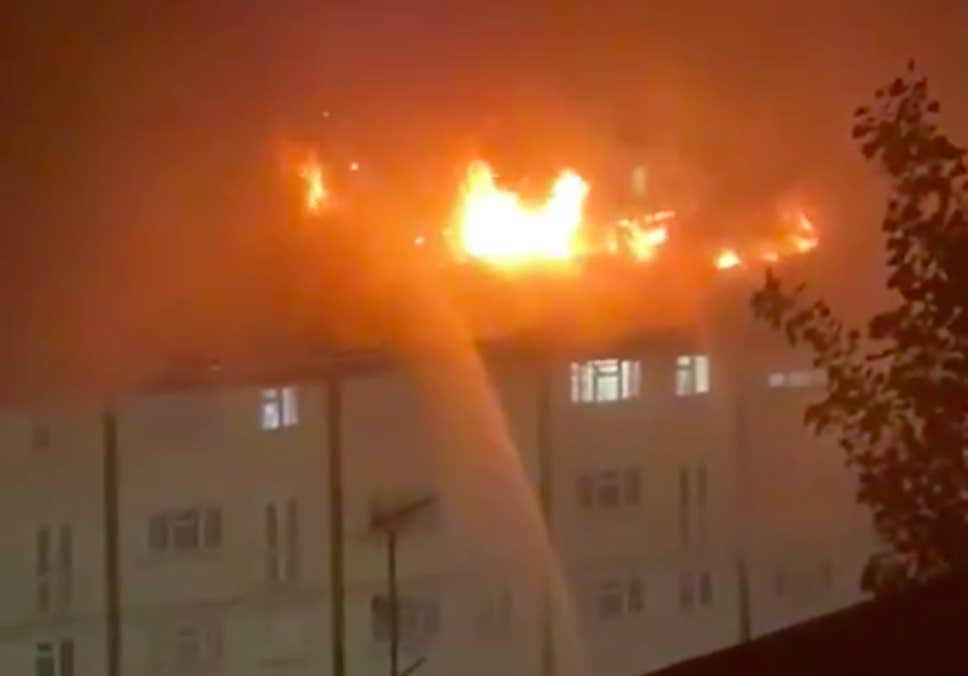 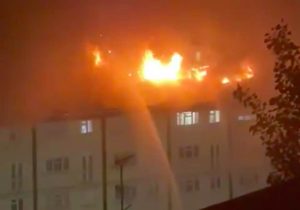 A huge blaze has broken out at a block of flats in north London.

Firefighters were scrambled to the scene in Acacia Road, Wood Green, just before 10pm on Wednesday night.

Dramatic images showed flames ripping through the roof of the building and rising into the night sky as terrified neighbours watched on.

Witnesses told of their shock as they took to social media to share footage of the enormous fire.

London Fire Brigade were called at 9.58pm to reports of a blaze at a four-storey maisonette block.

Some 70 firefighters were at the scene, along with 10 engines, a spokeswoman for the brigade said.

There were no immediate reports of any injuries. 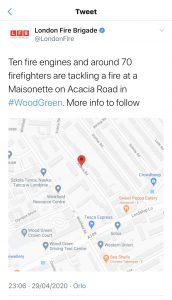