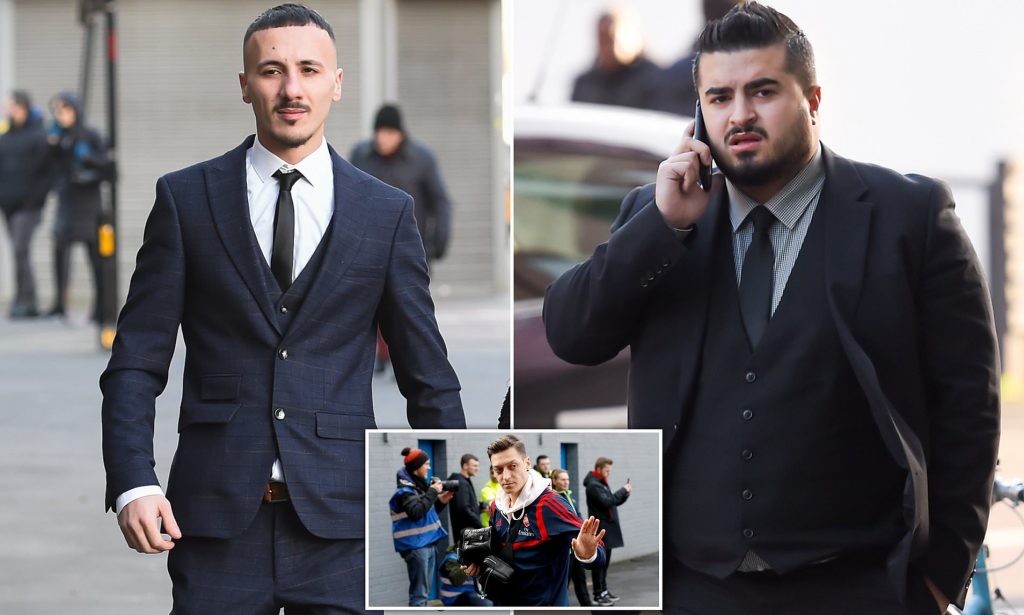 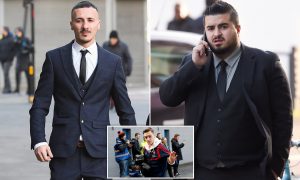 TWO men threatened to “kill” Arsenal’s Mesut Ozil and defile his mother as they threatened his security guards, a court has heard.

Salaman Ekinci and Ferhat Ercun deny behaving in a threatening or abusive manner outside the north London home of the Premier League club’s £350,000-per-week midfielder.

Security guard Kemil Sezer told Highbury Corner Magistrates’ Court on Tuesday he and a colleague had been protecting the World Cup winner for several weeks after an unrelated attack on the midfielder. Assisted by a Turkish interpreter, he told the court he first saw two men at around 7.30 pm on August 8 last year before they returned around three hours later when it was dark.

“We started chasing them … we got angry because Mesut Ozil, about two to three weeks prior, was attacked and we feared that the same thing would happen.”

Asked by prosecutor Sarah Gabay how he felt, he said: “Stressed … Mesut Ozil is loved by the Turkish people. Adding: “We have that responsibility on us to protect him.”

Ekinci and Ercun, both 27, and both of Tottenham, north London, appeared at the trial, Ms Gabay said Ekinci and Ercun were detained by the guards after they returned for a third time after midnight before police were called.